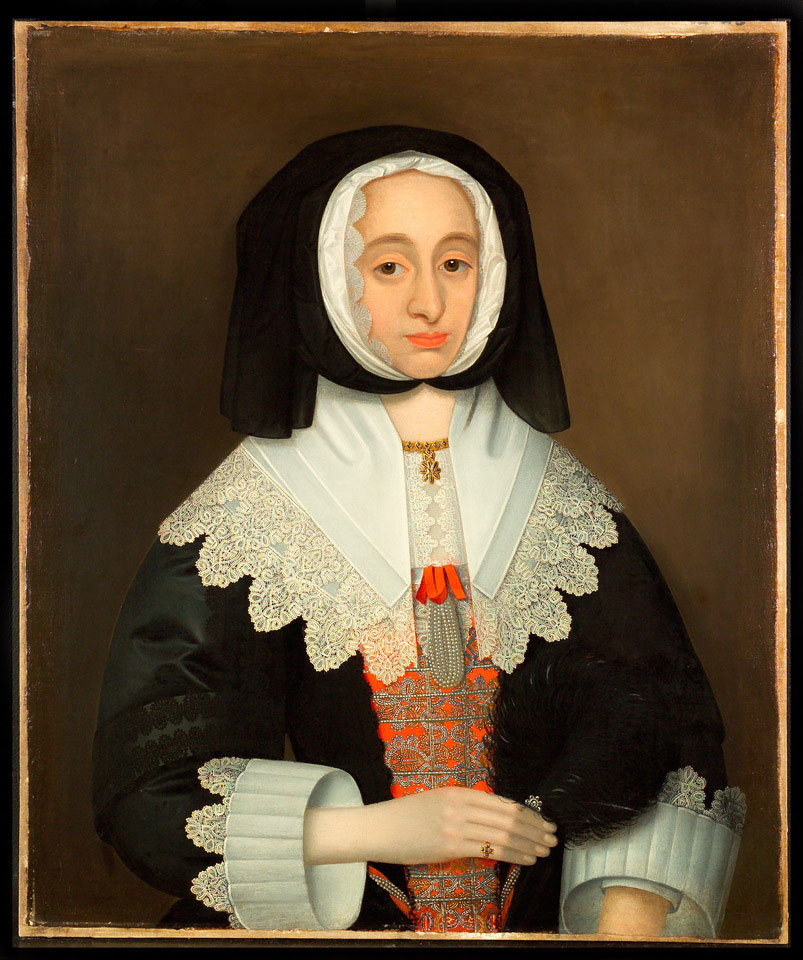 Portrait, traditionally said to be of Mrs Lucy Hutchinson, 1643 (c)

Colonel John Hutchinson was a regicide: one of the 59 Commissioners who signed the death warrant of King Charles I in 1649. During the Civil War he joined the Parliamentarian army with his cousin, Henry Ireton, and led the defence of the city of Nottingham.

On the Restoration of the monarchy in 1660, many regicides were executed for treason. Others were hunted down and assassinated, exiled or locked up. The bodies of those who had already died, such as Oliver Cromwell and Henry Ireton, were exhumed and then publicly hanged, beheaded and thrown into a pit. Instead, with the help of his wife, John Hutchinson managed to escape with an incredibly light punishment: he lost his position as a Member of Parliament. However, in 1663 he was implicated in an armed rebellion and imprisoned. He died in 1664.

Lucy Hutchinson (1620-1681) was a remarkable woman. She was well educated, which was unusual for women in the early 1600s. Devoted to her husband, she used her family connections to campaign for a lenient sentence for him. Following his death, Lucy felt her husband's name needed to be cleared: the biography she wrote to explain his behaviour, 'Memoirs of the Life of Colonel Hutchinson', was one of the first to be written by a woman. It was not published until 1806, but its success and significance have meant that, today, she is better known to historians than her husband.