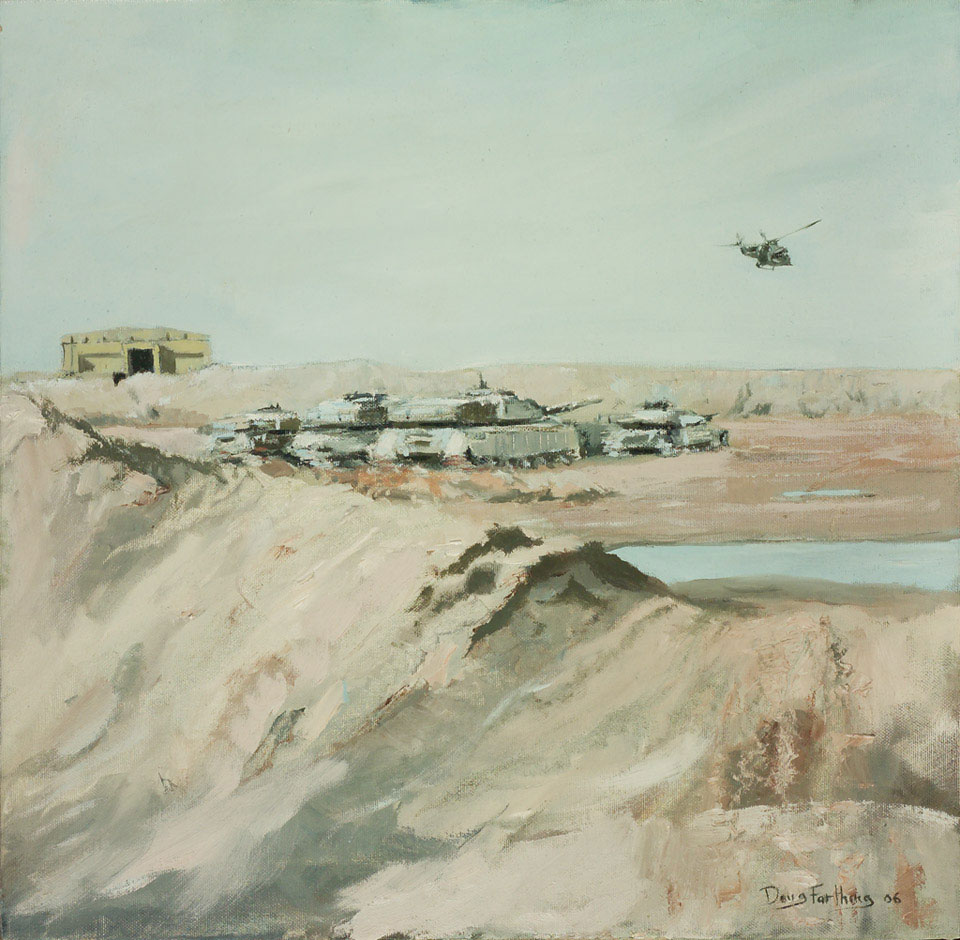 A row of Challenger II tanks stand parked in the desert in Iraq during Operation TELIC, with a helicopter visible in the sky above. The tanks were attached to the artist's unit, 2nd Battalion, The Parachute Regiment, which was posted to Iraq as part of the ongoing deployment.

Isolated against the vast expanse of sand and rock this image gives some idea of the challenges faced by the British troops engaged in Iraq. With poor infrastructure, large areas of desert and a lack of natural resources such as fresh water, the rebuilding of the country after the invasion of 2003 was a difficult task. Though the last British combat troops left Basra in April 2009, TELIC continued with British advisors engaged in training up the Iraqi National Army.