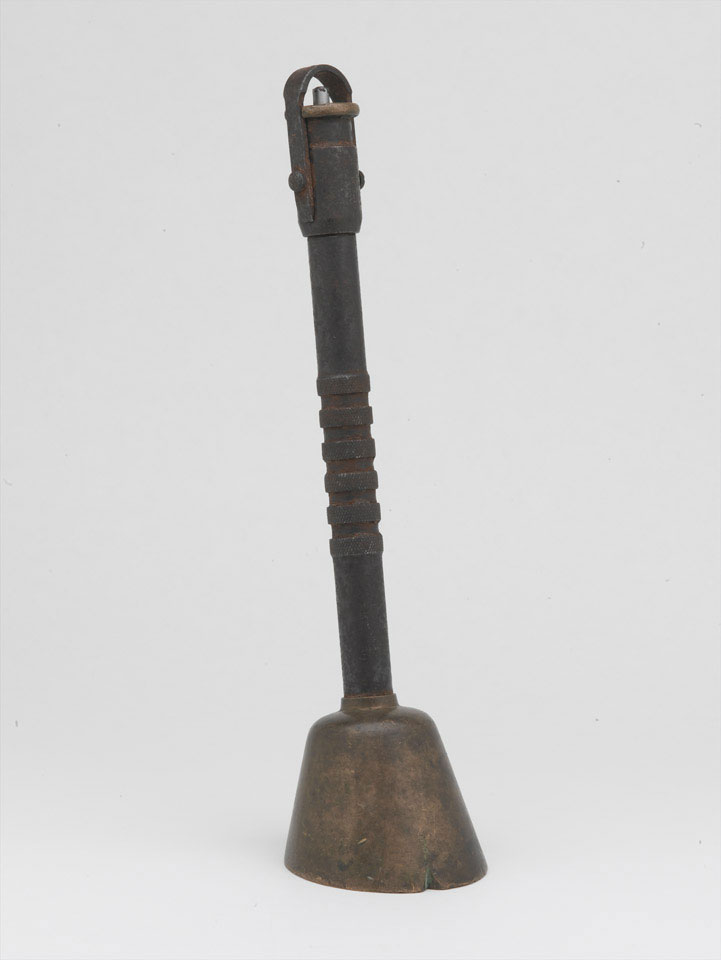 During the First World War (1914-1918) thousands of horses, mules, camels, donkeys and oxen served with British forces. They were used to carry supplies and ammunition, transport the wounded and pull guns. Cavalry regiments also used thousands of horses.

Thousands of animals were killed or wounded, while others succumbed to fatigue and disease. While the Army Veterinary Corps tried to save as many as possible, thousands had to be destroyed. Many were shot, but sometimes tools like this humane killer were used. It is a single shot device and unscrews to take a .310 cartridge. This was fired into the skull of the animal in order to kill it as humanely as possible.