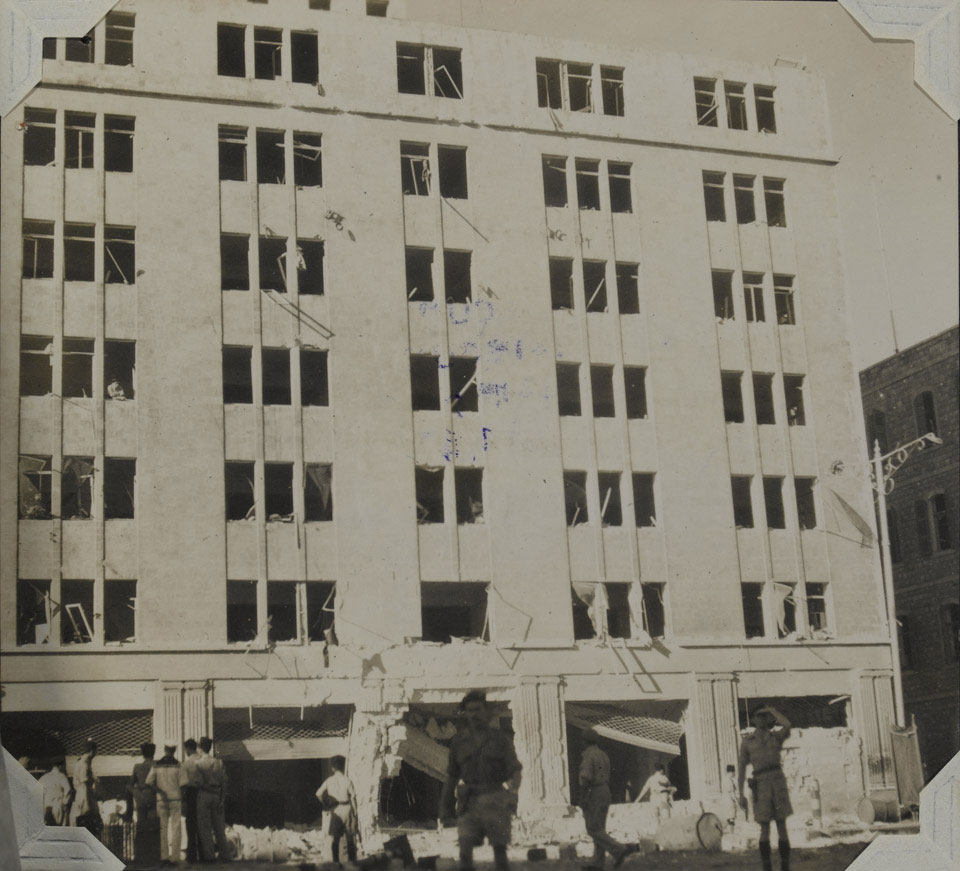 From an album of 149 photographs and postcards compiled by Sgt Herbert Bartley Hiscock during service with the Intelligence Corps and 317 Airborne Field Security Section, 6th Airborne Division in Palestine, chiefly Haifa, 1947-1948.