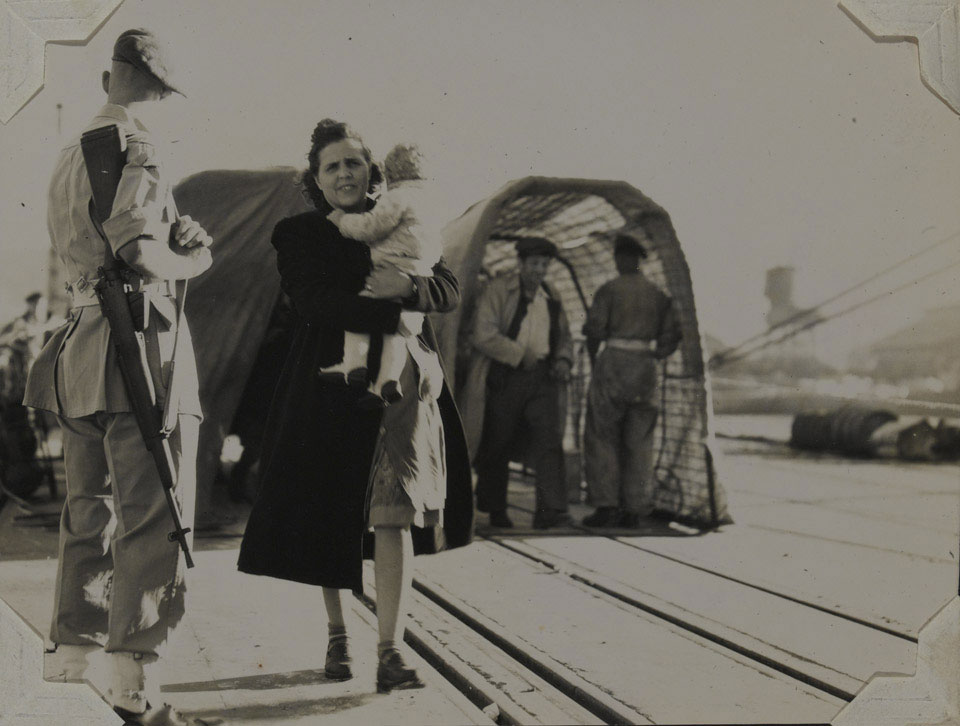 A Jewish women and her child arrive at Haifa Docks, Palestine, 1947

Refugees from an immigrant vessel pass a sentry from 6th Airborne Division. Following the Second World War, 250,000 Jewish refugees were stranded in displaced persons (DP) camps in Europe. Despite the pressure of world opinion, in particular the repeated requests of US President Harry Truman, the British refused to lift the ban on immigration and admit 100,000 Jews to Palestine. The Jewish underground forces, the Haganah and Irgun, responded by carrying out several raids against the British.

From an album of 149 photographs and postcards compiled by Sergeant Herbert Bartley Hiscock during service with the Intelligence Corps and 317 Airborne Field Security Section, 6th Airborne Division in Palestine, 1947-1948.