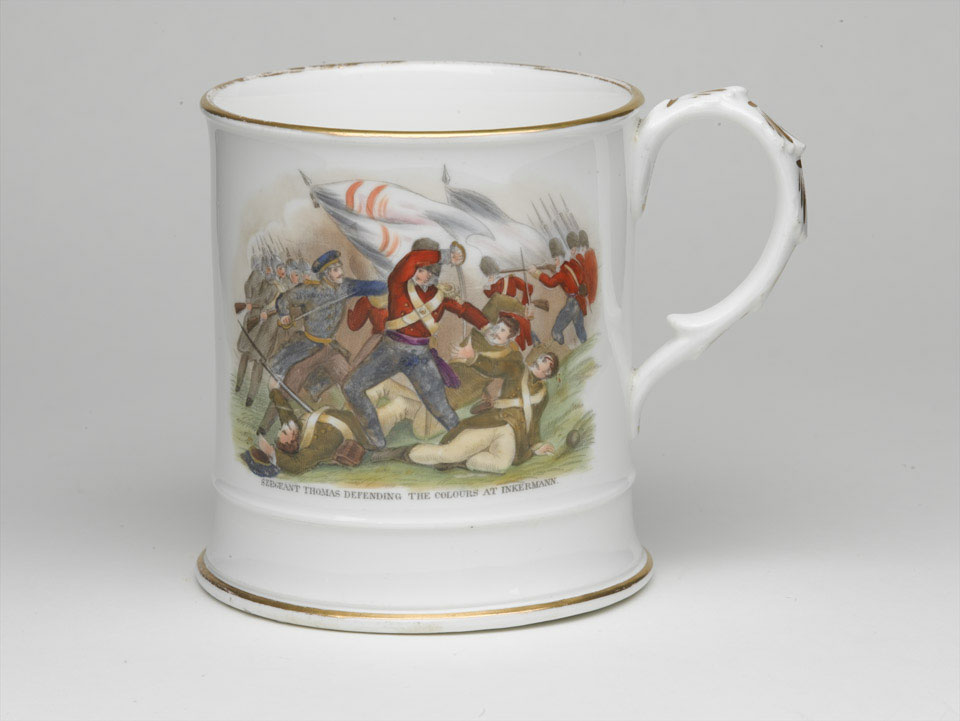 This mug reproduces an image from a print in Cassell's 'Illustrated Family History' depicting a Grenadier Guardsman, Sergeant-Major William Thomas, defending the Regiment's Colours against Russian infantry. Thomas's service record suggests that he was commended for having shown 'Gallant conduct' at the 'Battle of Alma where he carried the colour after the officer carrying it was wounded', rather than at Inkerman.

Identical mugs were also produced in which the name in the title is given as Colour-Sergeant Poolfield Davis who had falsely claimed to have been at Inkerman defending the colours, but who was actually on a ship during the battle! Although Thomas was commended for his bravery in a different action, it seems likely that his name was substituted on the mugs once it was realised that he was more worthy of public acclaim than Davis.