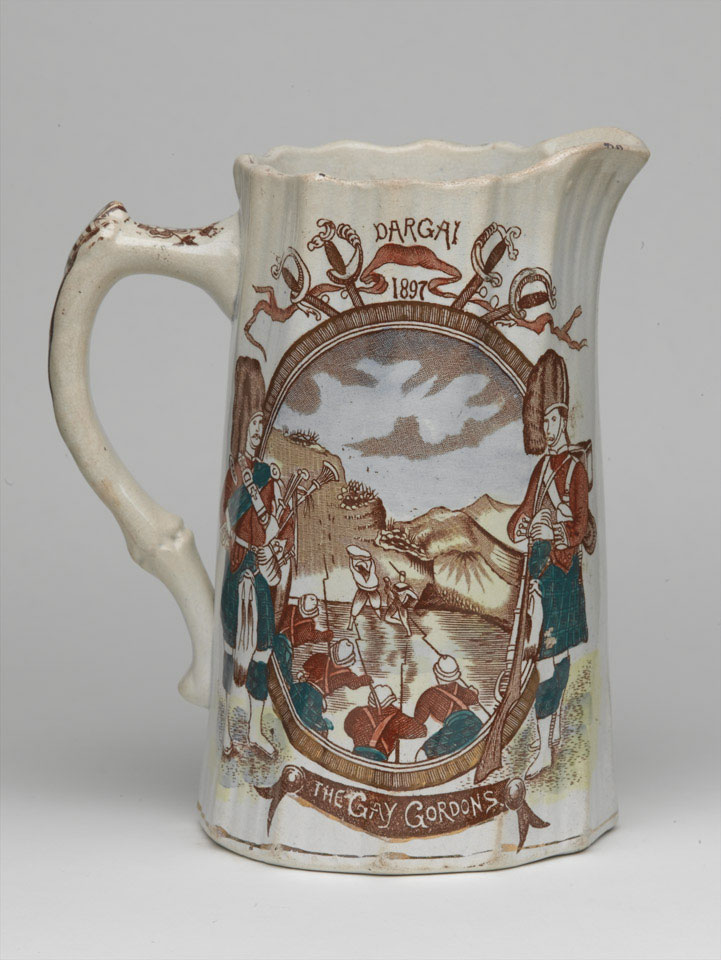 Printed with 'Dargai 1897' and 'The Gay Gordons' with two vignettes of the Tirah Expeditionary Force scaling the Dargai Heights on the North West Frontier, 1897.

Reaction was swift: the Tirah Expeditionary Force was sent to suppress the rebellion and re-secure the pass. The British captured the precipitous heights on 18 October, but had to abandon the position because of the difficulty of keeping it supplied. This necessitated a second attack on 20 October and, during the fierce and prolonged attack by British Infantry and Gurkhas the Gordon Highlanders earned two Victoria Crosses.