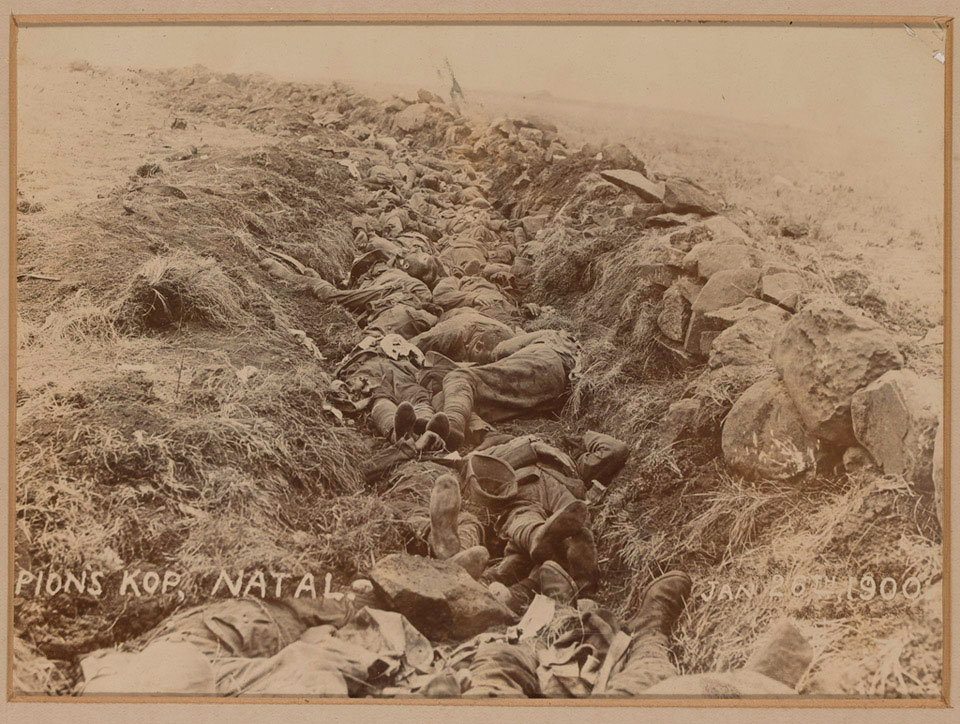 In January 1900 the British attempted to force the Boer line on the River Tugela in order to relieve the besieged town of Ladysmith. The operation involved an outflanking manoeuvre by General Sir Charles Warren's 5th Division. The key point of Warren's attack was the prominent position of Spion Kop, which was secured early on the morning of 23 January 1900.

The peak was shrouded in mist so the British failed to realise that the area occupied was insufficient to hold the summit and that their position was overlooked by higher features. General Louis Botha, who had been warned of the attack by the Boer picket that had been chased off the summit, opened a storm of artillery and rifle fire.

The troops on the summit were poorly entrenched and suffered heavy losses. Although reinforcements arrived, poor communication and indecision caused the British to abandon the summit. At dawn the next day Botha's men re-occupied Spion Kop and Warren's force trailed back across the Tugela having suffered 1,500 casualties. Botha had sustained only 335 casualties.