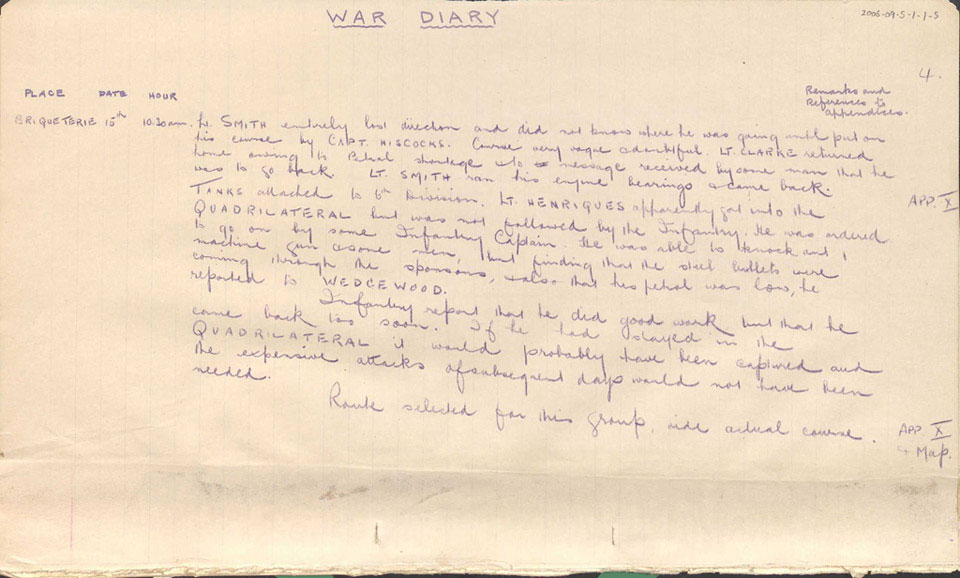 Written by Major Allen Holford-Walker, this diary outlines the operational use of tanks on the 14th Corps Front during the Battle of Flers-Courcelette (15-22 September 1916) on the Somme. No 1 Section was not included in the diary as it was with the Reserve Army.

This was the first use of tanks in battle. They made a great impact on the troops facing them, many of which were terrified, and a few vehicles were able to advance far into the enemy defences. These were gradually reduced in number by breakdowns and enemy action. Flers and Courcelette were captured, but despite the bravery of the crews, a breakthrough eluded the tanks.

From a collection of operational papers relating to the career in the Tank Corps of Col Bruce Archibald Holford-Walker, 1916-1935.