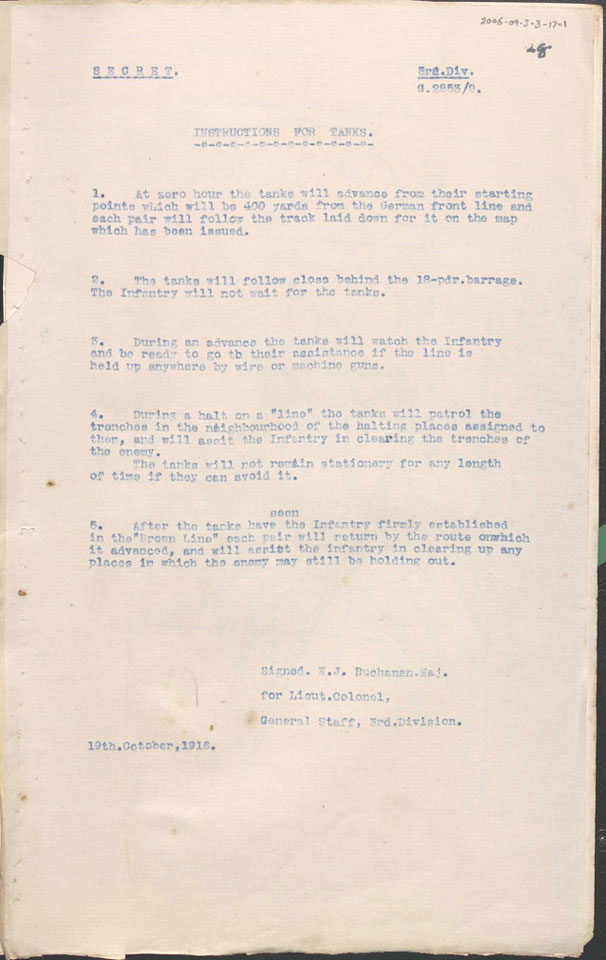 This 1/10000 scale map shows the proposed movements for the tanks during the final British attack on the Somme. Each line shows the course of one pair of tanks. The circles show areas where the tanks had orders to wait to deal with trenches.

Unfortunately, by November 1916 the ground on the Somme had turned into a sea of mud, which left tanks vulnerable to becoming stuck on the hostile terrain. The tanks were also still prone to technical problems and several broke down.

From a collection of operational papers relating to the career in the Tank Corps of Colonel Bruce Archibald Holford-Walker, 1916-1935.