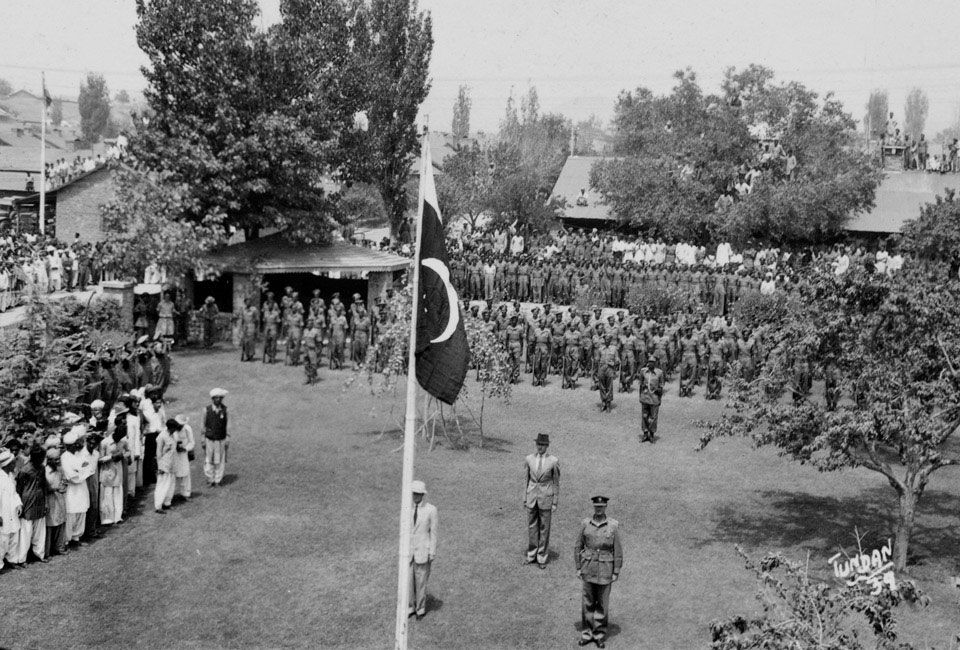 Indian and Pakistani independence in August 1947 spelled the end of the British Indian Army and its administration. The division of this force was overseen by Field Marshal Sir Claude Auchinleck. Around 260,000 men, mainly Hindus and Sikhs, went to India and 140,000 men, mainly Muslims, went to Pakistan.

From a photograph album, collated and annotated by Lieutenant Frank Leeson, Sikh Regiment.