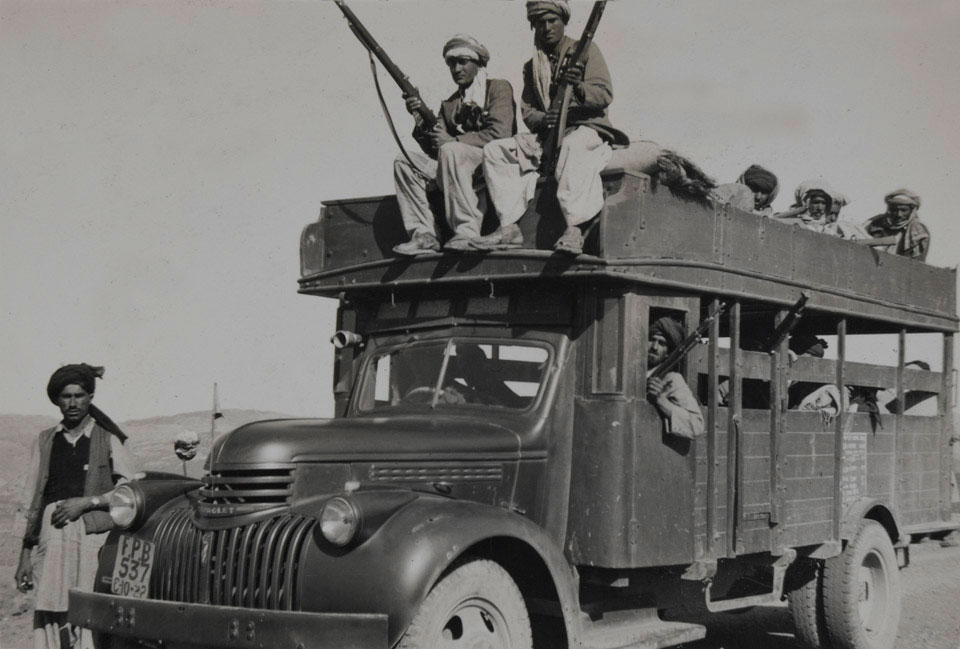 Tribal irregulars from the North West Frontier bound for Kashmir, 1947

Following India's and Pakistan's independence in August 1947, war between the two broke out over the princely state of Kashmir. The Maharaja there was reluctant to join to either India or Pakistan. Pakistan therefore sponsored a tribal invasion aimed at annexing the state. The Maharaja appealed to India for help, which was granted on the condition that he accede to India. Indian troops were airlifted into Srinagar and managed to repel the Pakistani invaders. A bitter war raged across the state until a United Nations-sponsored ceasefire in 1948.

From an album, collated and annotated by Lt Frank Leeson, Sikh Regiment; with additional maps, documents and diagrams; relates to his service during 1946-1947 with the North Waziristan Khassadars, a force of tribal police engaged in protecting communications and military outposts in the Tribal Territory.