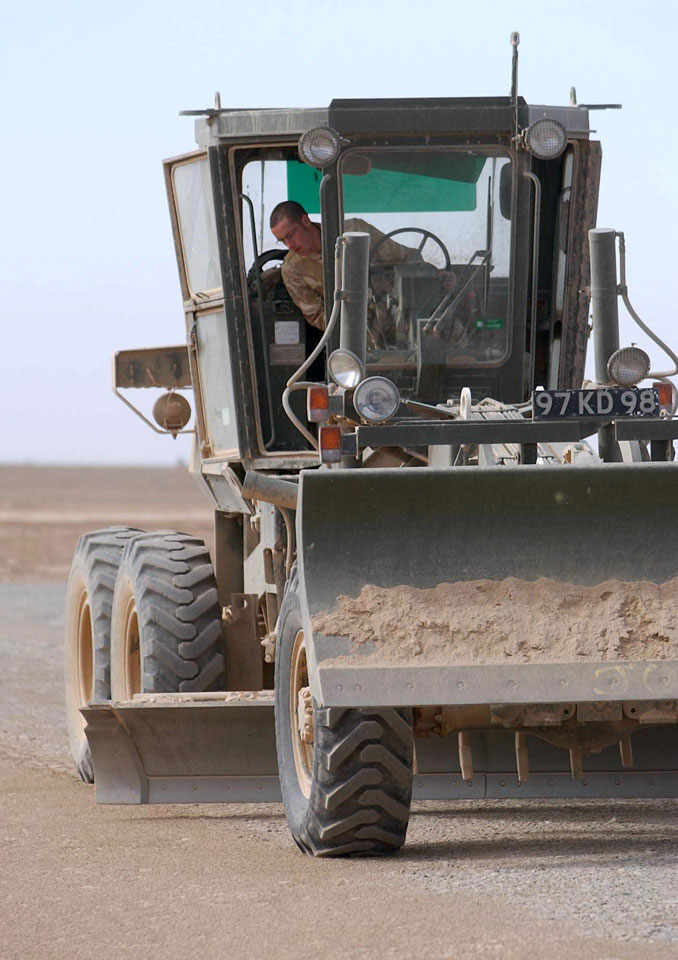 10 April 2006 saw the opening of the Temporary Landing Zone (TLZ) at Camp Bastion in Helmand Province, Southern Afghanistan. Royal Engineers from 48 Field Squadron (Air Support), part of 39 Engineer Regiment based in Cambridgeshire, spent seven weeks building the TLZ. A team of 14 Combat Engineer Plant Operators and 40 locally employed civilians excavated over 100,000 tons of earth and imported over 34,000 tons of crushed rock to construct the TLZ in barren and desert like area within the province.