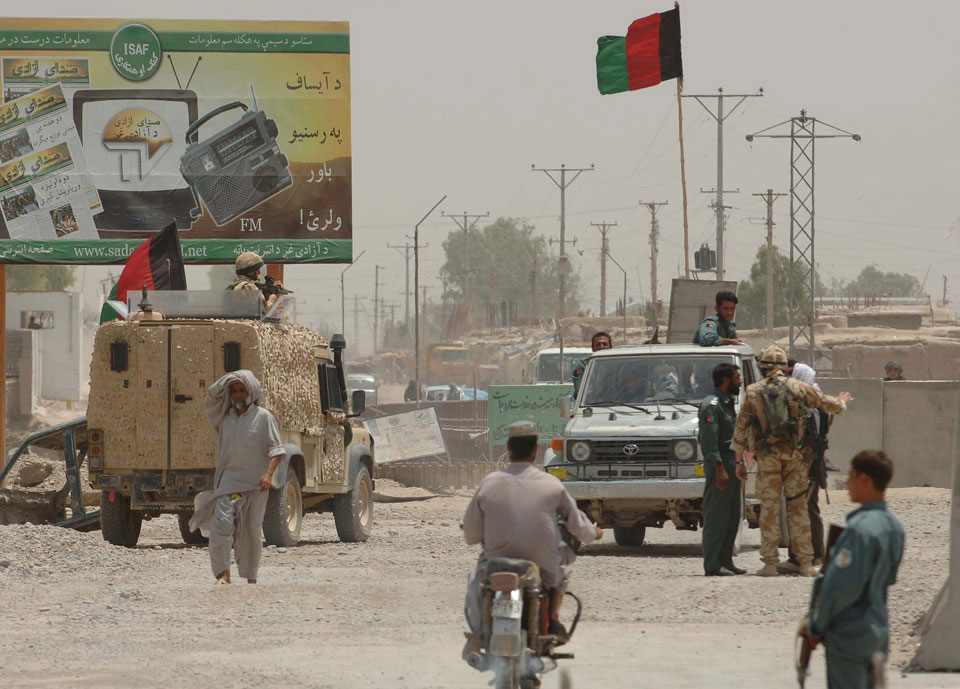 A British 'Snatch' Land Rover of the Provincial Reconstruction Team (PRT) Operations Company providing additional security for Afghan National Police (ANP) operations. The PRT, based in Lashkar Gah, was tasked with helping the Helmand authorities rebuild infrastructure and civil amenities such as hospitals and schools. As insurgent violence increased the provision of security was of paramount importance to the mission.