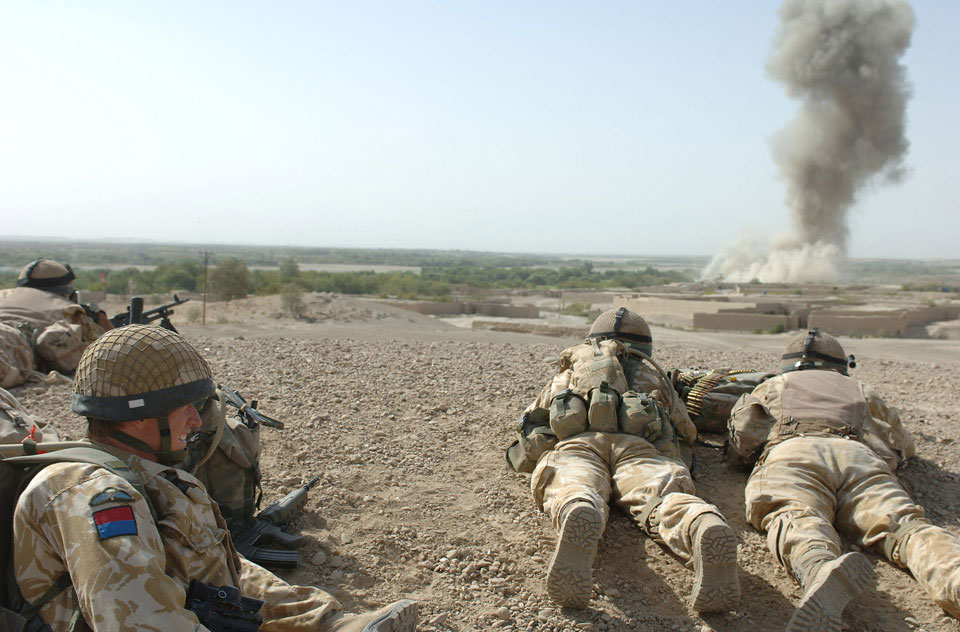 British soldiers watch on as a 500lb bomb is dropped on enemy positions in Musa Qala, 2006

Members of the Helmand Task Force, which included troops from 3rd Battalion Parachute Regiment, 51 Para Squadron, Royal Engineers, Royal Irish Regiment and 'D' Squadron Household Cavalry, took part in Operation ATOMI. The operation was one of the largest to take place since British Forces arrived in the region and centred on the troubled town of Musa Qala in the north of Helmand Province. The aim of the operation was to allow safe passage of Afghan troops to a compound in the district centre of Musa Qala and then relieve Danish troops who were leaving the compound.

Troops flew in to Musa Qala at first light and cleared a safe route in to the district centre with the assistance of Explosive Ordnance Disposal experts, they cleared the route of booby traps and improvised explosive devices. The operation was assisted with artillery provided by I Battery, 7th Battalion Royal Horse Artillery, and attack helicopters from 9 Regiment Army Air Corps. Both were used extensively throughout the operation.