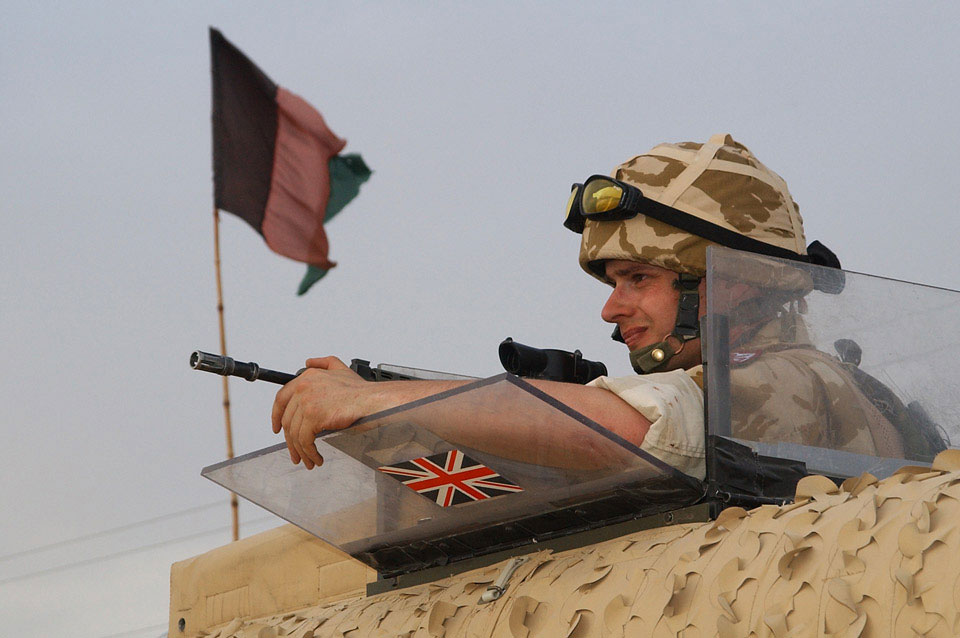 'Top cover' for a Provincial Reconstruction Team (PRT) patrol at a checkpoint in Lashkar Gah, 2006

On 3 May 2006 the British PRT, which took over from the American PRT, were patrolling with the Afghan National Police (ANP) in Lashkar Gah. The PRT were advising the ANP on how to carry out vehicle searches. The PRT was made up of members of 21 (Gibraltar) Air Assault Battery, 216 Signals Squadron and 16 (Close Support) Medical Regiment; all part of Colchester based 16 Air Assault Brigade.