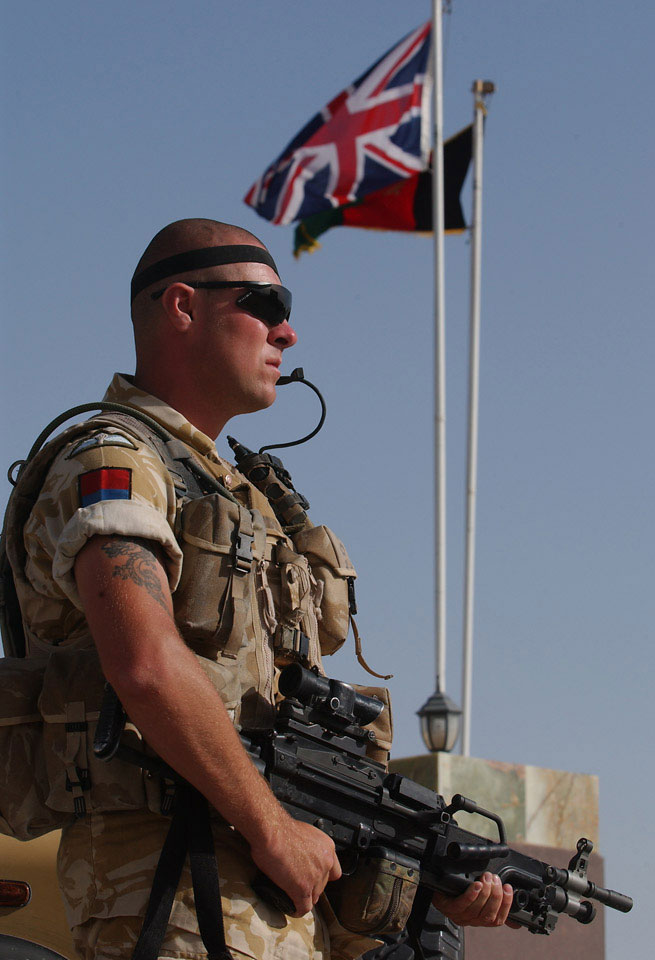 A gunner prepares for a patrol from Laskar Gah, Helmand, Afghanistan, 3 May 2006

This photograph was taken during Operation HERRICK IV in May 2006, after a British Provincial Reconstruction Team (PRT) took over control from an American unit in Lashkar Gah, the provincial capital of Helmand Province. Joint patrols with Afghan National Police were mounted to in the area in order to foster a secure environment where Afghan governmental institutions could thrive.