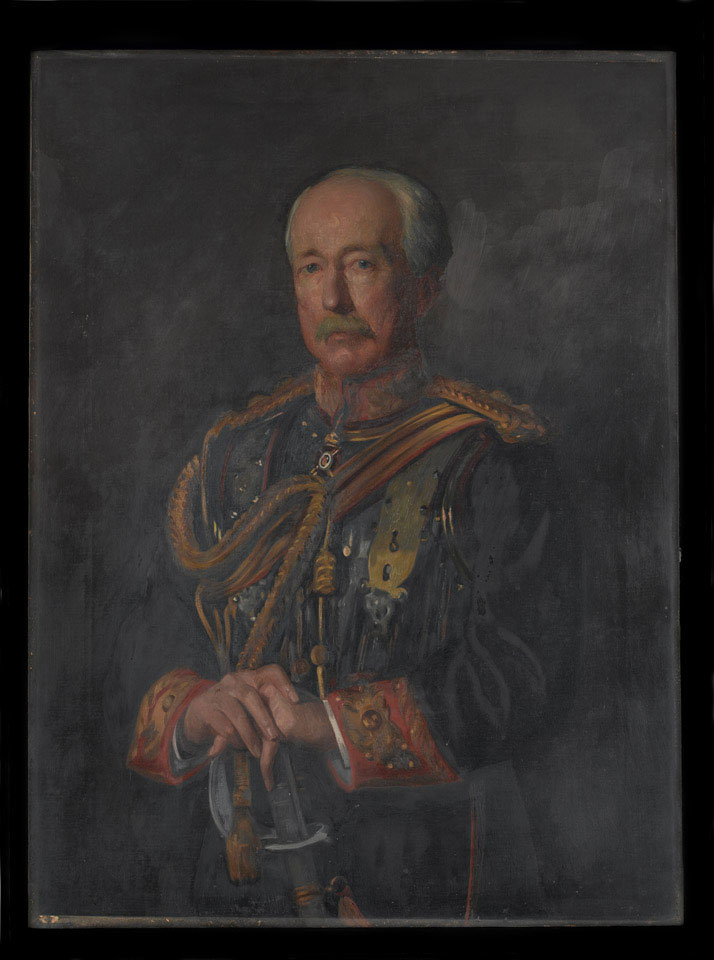 Garnet Wolseley (1833-1913) was first commissioned in 1852, and by 1861 had seen active service in Burma, the Crimea, India, China and Canada. In favour of Army reforms, he gathered together a coterie of able officers known as the 'Wolseley ring'. He wrote a number of books including 'The Soldier's Pocket Book' in 1869, the forerunner of field service regulations. In 1873-74 he commanded the successful expedition to Ashanti, in reward for which he was promoted major-general. Administrator and Commander of the Forces in Natal in 1875, he was High Commissioner and Commander-in-Chief, Cyprus from 1878-1879.

Following the Zulu victory at Isandhlwana, Wolseley was appointed Governor and High Commissioner, Natal. However, by the time he arrived, Cetshwayo had been defeated and Wolseley's role was limited to the capture of the Zulu king. After granting the Transvaal the constitution of a crown colony, Wolseley returned home to the more congenial appointment of Quartermaster-General at the War Office.

His struggles to continue the Cardwell reforms of the Army brought him into opposition with the Commander-in-Chief, HRH George, Duke of Cambridge (1819-1904), whom he privately called 'that great German bumble-bee'. He was parodied for these views by Gilbert and Sullivan as being the 'very model of a modern major-general'. In 1882 Wolseley became Adjutant-General, but his tenure was cut short to command the unsuccessful expedition to rescue the besieged Major-General Charles Gordon (1833-85) at Khartoum. In 1890, Wolseley was appointed Commander-in-Chief in Ireland and, in 1895, Commander-in-Chief at Horse Guards.