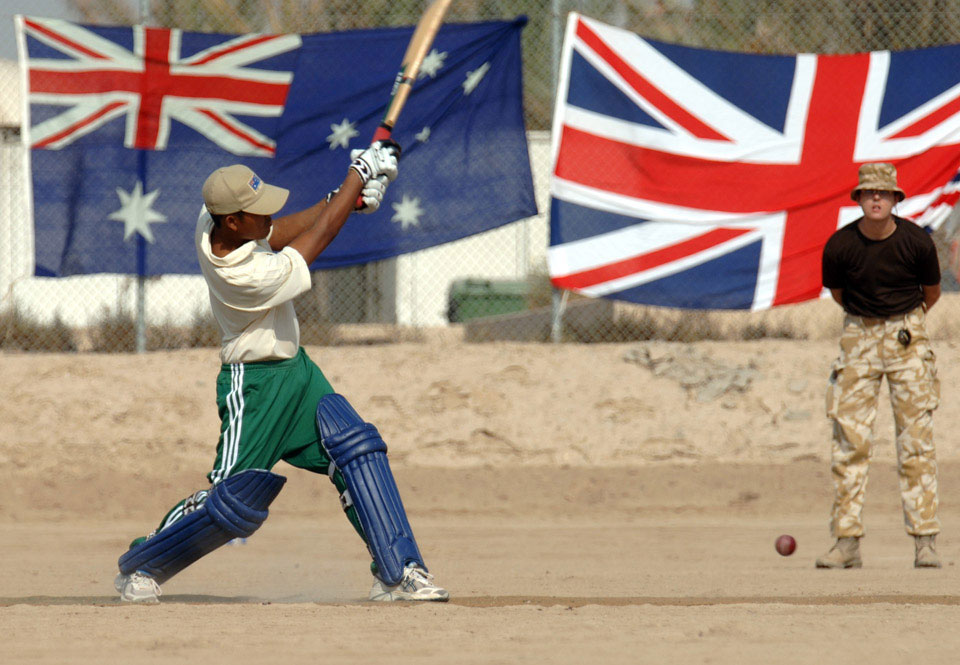 Australian trooper and umpire, 'Ashes in the Desert', Iraq, October 2006

A cricket match between English and Australian soldiers was played on 25 October 2006 in Basra, Iraq. Undertaken to mark the Ashes Test series, the match ended with a victory for the Australians. England made 109 for 9 off their 30 overs, but the Australians responded with 113 runs off 27.5 overs. The soldiers involved came from a variety of units. Trooper Baker of the Australian Light Horse was named man of the match.

Played on coconut matting surrounded by desert, at one stage the game had to be held up while a Chinese 107mm rocket was removed from the outfield! Since the fall of Saddam Hussein's regime in April 2003, the soldiers of both nations have been helping to restore essential infrastructure and provide security.

One of four digital photographs on CD Rom of the 'Ashes in the Desert' Australia v England cricket match at Basra Air Station, Iraq, 25 Oct 2006.