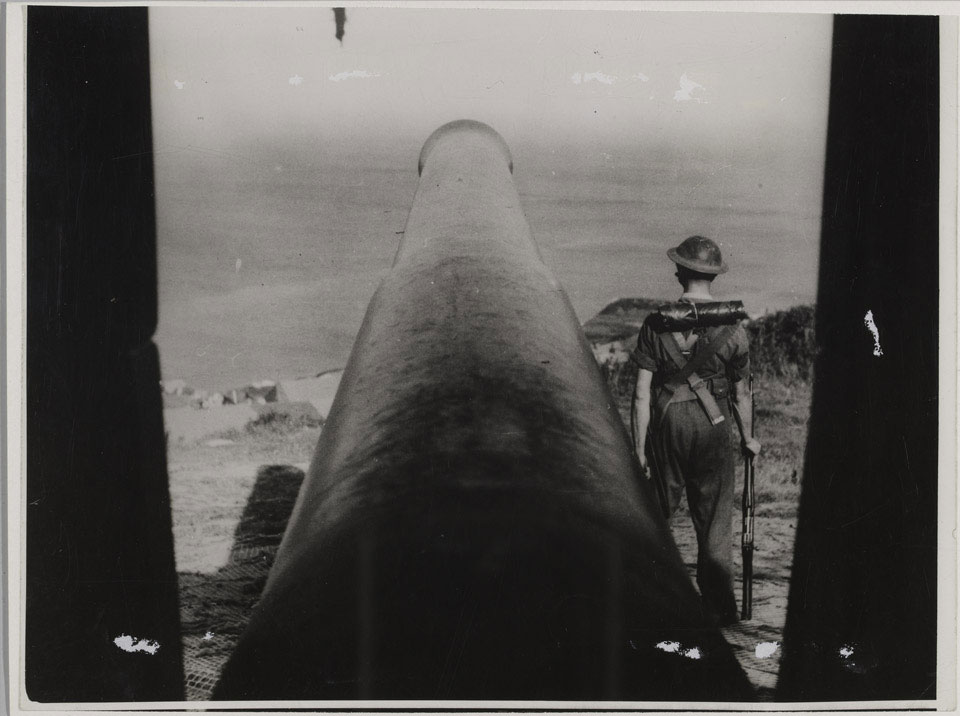 A soldier stands guard beside a gun battery on the English coast. After the fall of France in 1940 Britain was put on invasion alert. Defences were built all over southern England, beaches were mined and the Army, Navy and Royal Air Force put on standby.

One of 58 British official photographs relating to the Home Front and the Blitz.