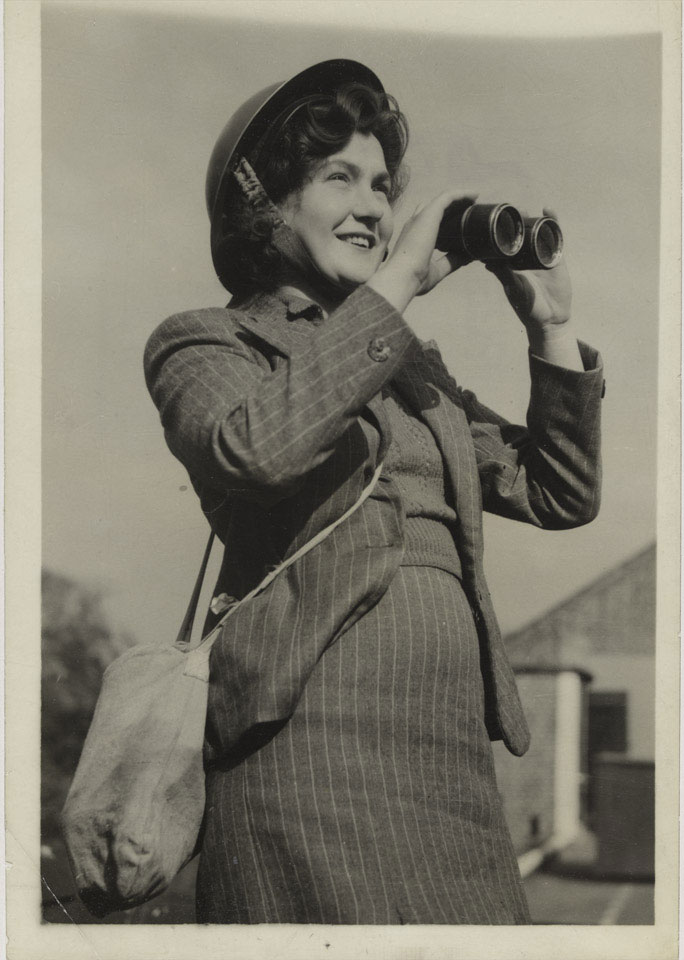 Nineteen-year-old Sonia Vera Carlyle Straw, an air raid warden at Caterham, was awarded the George Medal (GM) during a raid in which she attended a number of badly injured women and children and treated several people for shock. She carried on without assistance all throughout the raid.

One of 58 British Official photographs depicting scenes from the British Home Front (1939-1945).