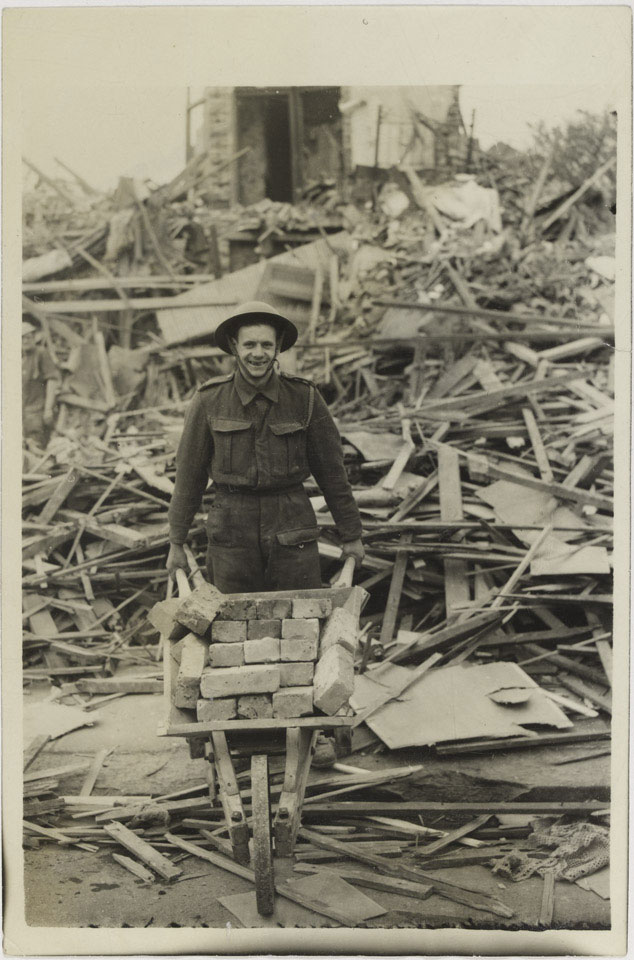 During the Blitz around 5,000 members of the Pioneer Corps, armed with picks and shovels, helped clear the rubble and debris caused by the German bombing of London. The soldier shown here collects intact bricks that would later be used in the construction of air raid shelters. The Blitz was the name given to the constant bombing of London between September 1940 and May 1941. During this period more than 20,000 Londoners were killed and 1.4 million were bombed out of their homes. That meant that one in every six people in the capital had no place to live.

One of 58 British official photographs associated with the British Home Front and the Blitz.