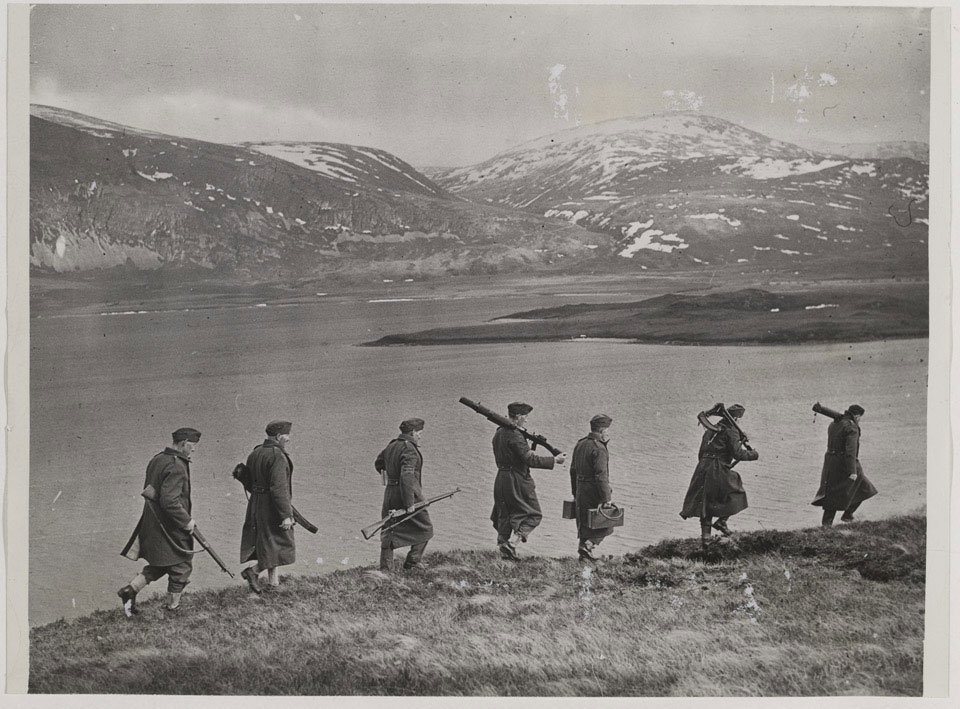 'All over Britain, from office and factory, a vast Civilian Army has sprung up to defend our country to the last inch', 1940 (c)

In 1940 the Local Defence Volunteers were formed. They consisted of individuals too old or too young to be assigned to front-line units, or people in reserved occupations. The organisation was eventually re-titled the Home Guard and was a defence against possible German invasion. The units were improvised and poorly equipped, but they were dedicated to their duties and helped maintain morale during the dark days of 1940. These volunteers are on patrol in northern Scotland.

One of 58 British Official photographs depicting scenes from the British Home Front, 1940-1941.