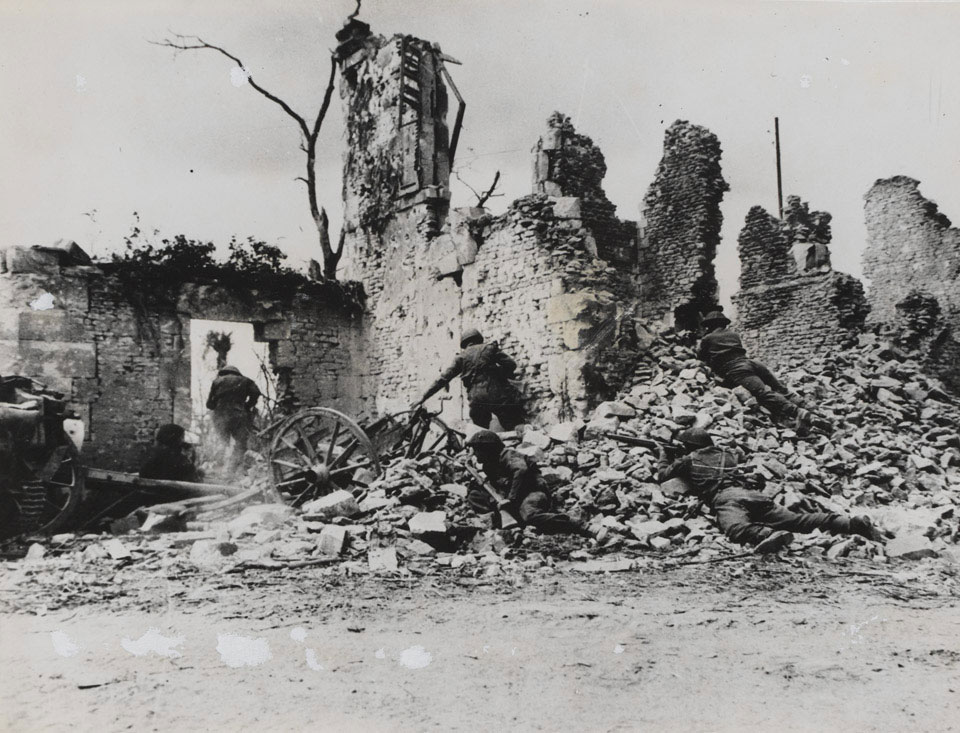 British soldiers keep watch for snipers in Le Bijude during the fight for Caen in France. The town was heavily bombed by the Allies during the Normandy break out battles. It was a vital road junction and situated on two canals which greatly aided the German defenders. The Allies aimed to take the city on D-Day (6 June), but it was not fully under their control until 20 July 1944 after a series of bitter attritional battles.

One of 37 British Official photographs covering aspects of the preparations for and liberation of North West Europe, 1944-1945.