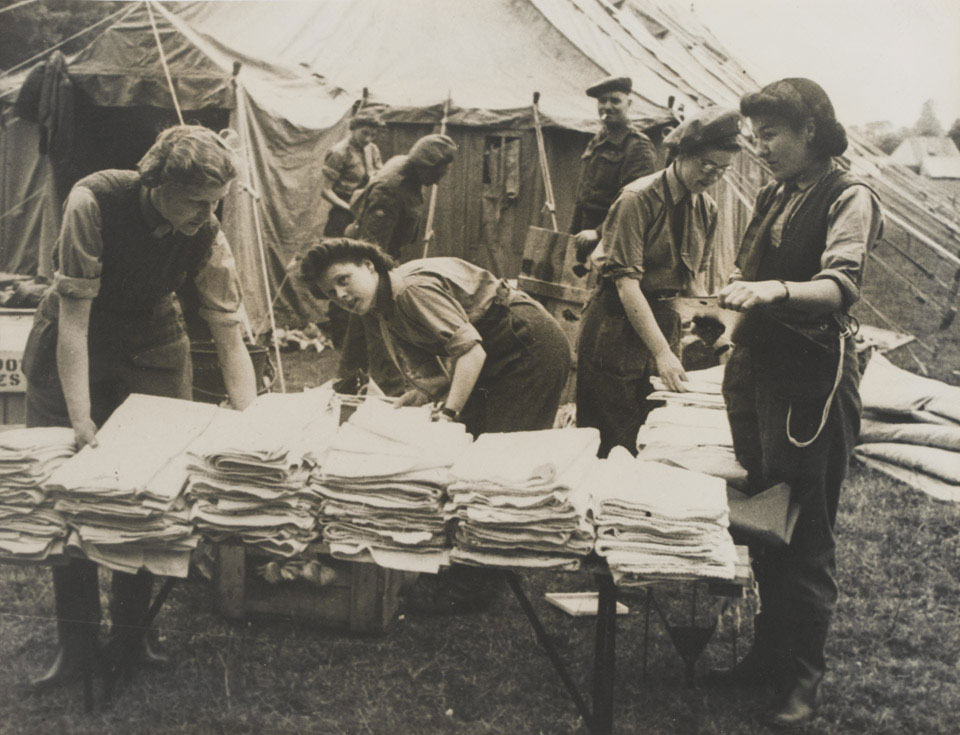 Personnel of Queen Alexandra's Imperial Military Nursing Service (QAINS) were the first women to arrive at the Normandy beach head. On 13 June, seven days after the initial landings of the Allied Expeditionary Force, Lieutenant-Colonel Helm arrived with two sisters and soon many more followed. Their purpose was the setting up of a general hospital to house 600 patients. With the assistance of Pioneers and the Royal Army Medical Corps the hospital was quickly established.

One of 37 British official photographs.