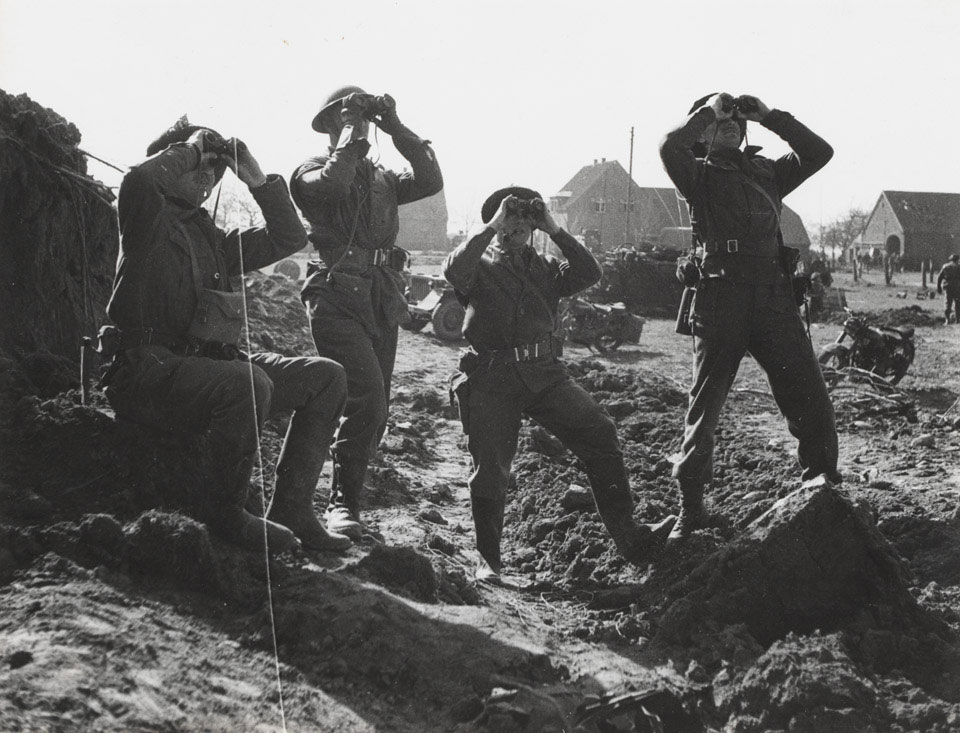 'British Cross the Rhine: All eyes skywards as airborne troops go over', March 1945

General Bernard Montgomery''s 21st Army Group, crossed the Rhine on 23-24 March 1945 at Rees and Wesel in a brilliantly executed assault known as Operation PLUNDER. The assault was undertaken after a huge air and artillery bombardment and was hidden by a smoke screen. The British 6th Airborne Division and the US 17th Airborne Division were dropped by parachute and glider behind the German lines to secure a foothold and disrupt the defences.