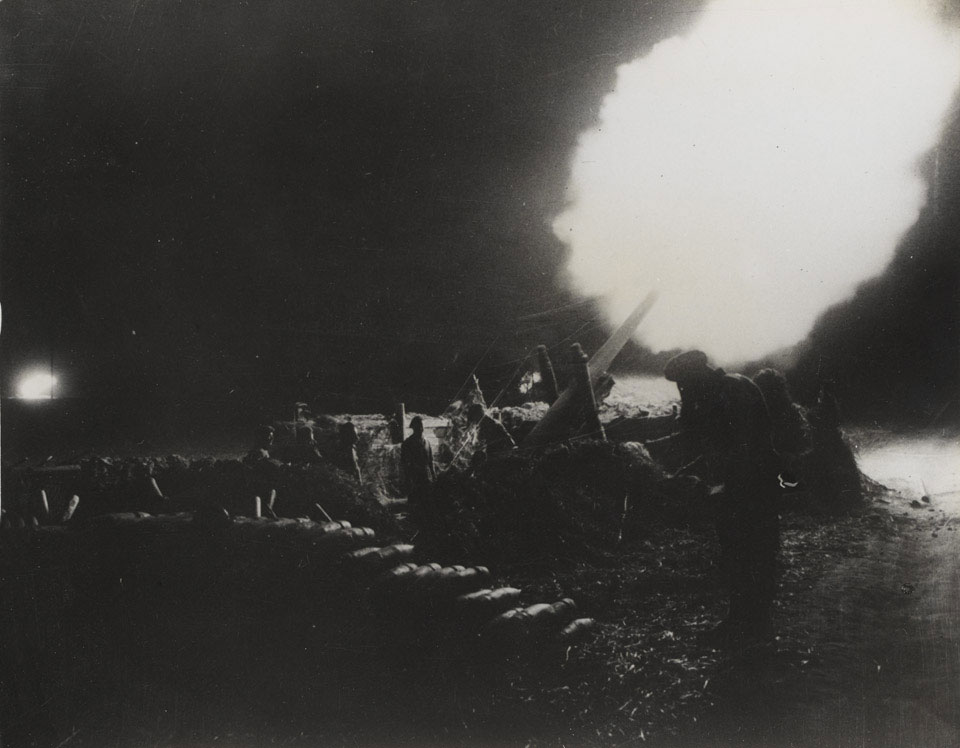 Artillery barrage during the British assault on the River Rhine, March 1945

A 5.5 -inch gun firing at targets across the Rhine during the four-hour air and land bombardment which preceded the British and American crossings north of the Ruhr on 24 March. Over 1,500 guns took part, from the lighter Bofors to 8-inch heavy guns.

One of 37 British Official photographs.