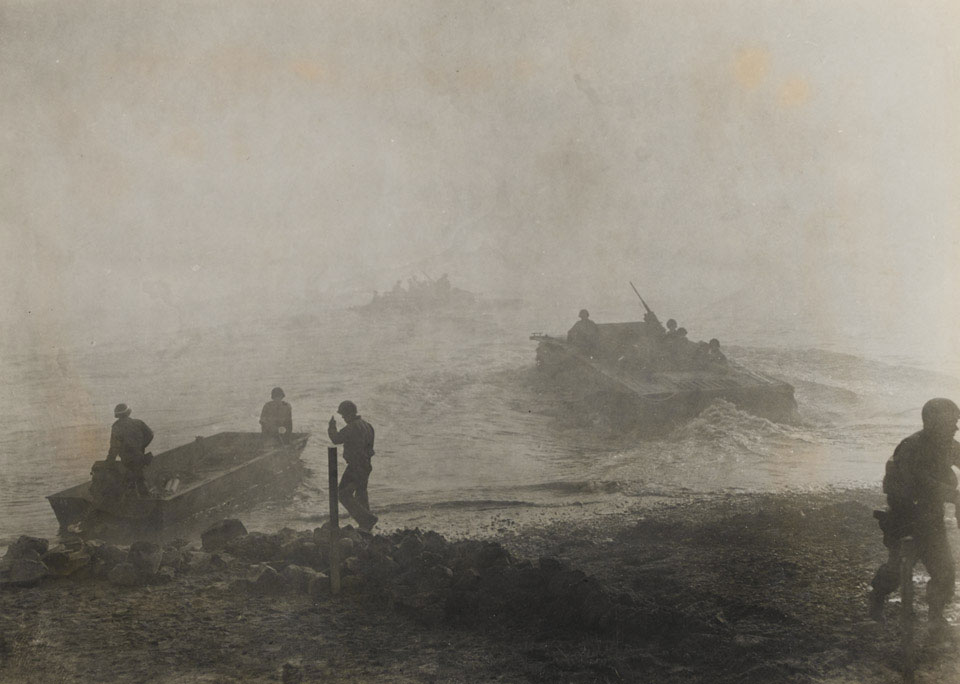 US 9th Army amphibious vehicles cross the Rhine under a smokescreen, March 1945

This image shows an Alligator amphibious tracked vehicle filled with troops hitting the water under the cover of a smoke screen. The American 9th Army, attached to General Bernard Montgomery''s 21st Army Group, crossed the Rhine at Rees and Wesel in a brilliantly executed assault known as Operation PLUNDER.

One of 37 British official photographs covering aspects of the preparations for and liberation of North West Europe.