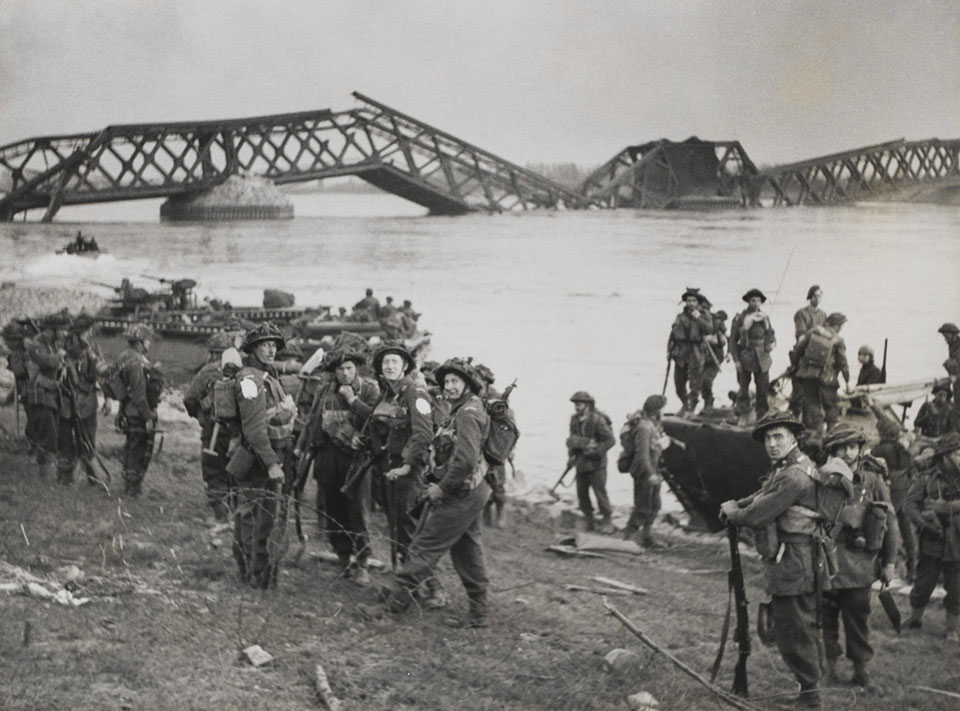 Soldiers of the Cheshire Regiment landing from Buffaloes on the east bank of the Rhine, 24 March 1945

The Cheshires crossed the Rhine in support of the 1st Commando Brigade at Wesel after the latter had made a surprise crossing of the Rhine in assault craft at 10 pm the previous night. They advanced under a terrific barrage of 1,500 guns to form the spearhead of the British assault. By 2 am on 24 March their first objective, the town of Wesel, was captured and 350 German prisoners had been taken. The German commander in Wesel, Major-General Deutsch, was killed.