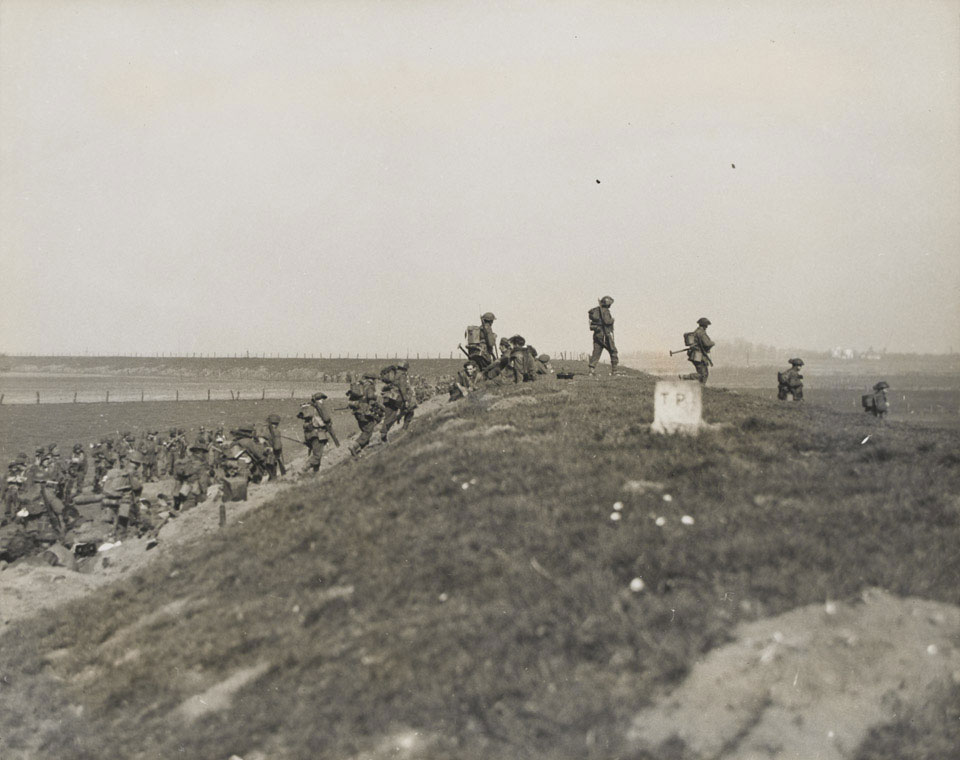 The Gordon Highlanders advance over the flood bank of the Rhine before crossing the river, 24 March 1945

General Bernard Montgomery''s 21st Army Group, crossed the Rhine on 23-24 March 1945 at Rees and Wesel in a brilliantly executed assault known as Operation PLUNDER. The assault was undertaken after a huge air and artillery bombardment and was hidden by a smoke screen.

One of 37 British official photographs covering aspects of the preparations for and liberation of North West Europe, 1944-1945.