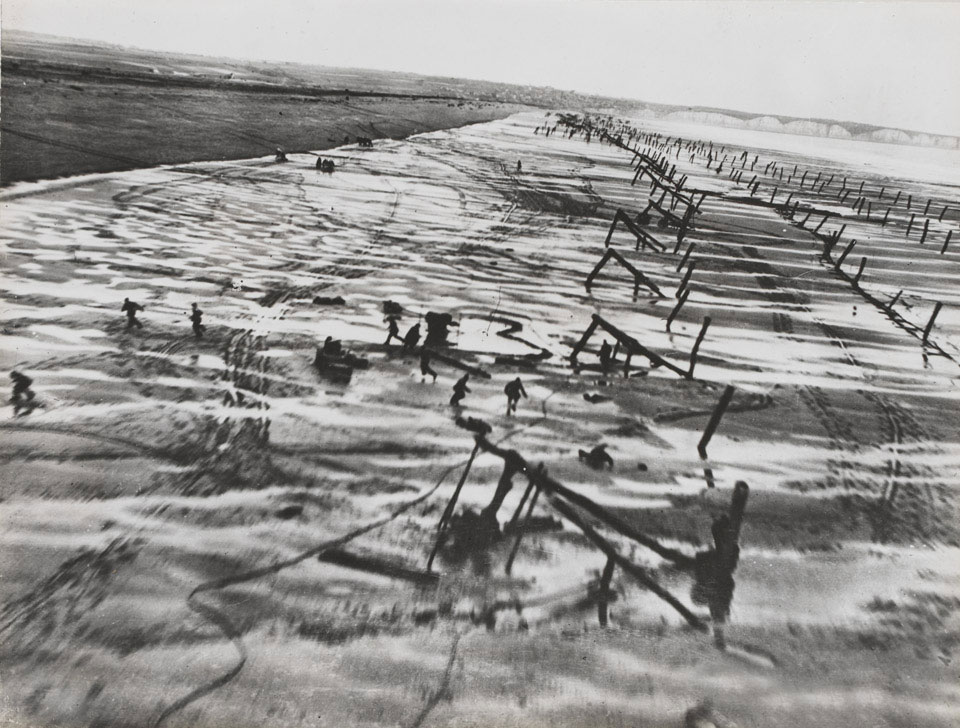 Beach obstacles being erected by the Germans on the Normandy coast prior to the Allied assault, 1944

A low-level air photograph showing part of the Normandy coast where the Allied landings were scheduled to take place. Prior to the landings on 6 June 1944 thousands of air reconnaissance photographs of German defences were taken in preparation for the liberation of Europe.

One of 37 British official photographs.