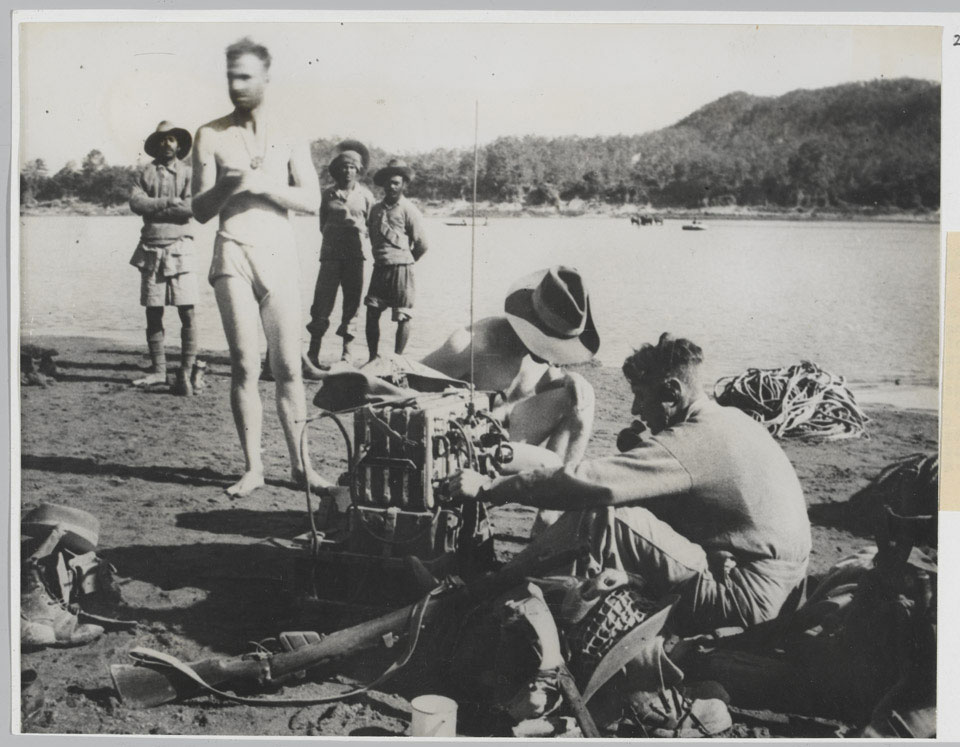 'First Long Range Penetration Behind Japanese in Burma', May 1943

This photograph depicts members of the first 'long range penetration group' which in the early months of 1943 drove far behind the enemy's lines into the heart of Japanese-occupied Burma. 'The Chindits' sabotaged Japanese communications and encouraged Burmese and Keren resistance groups. Radios provided the sole means of communication between the Chindit columns and their supply bases. In this image, Royal Air Force (RAF) signallers attached to the column attempt radio contact.