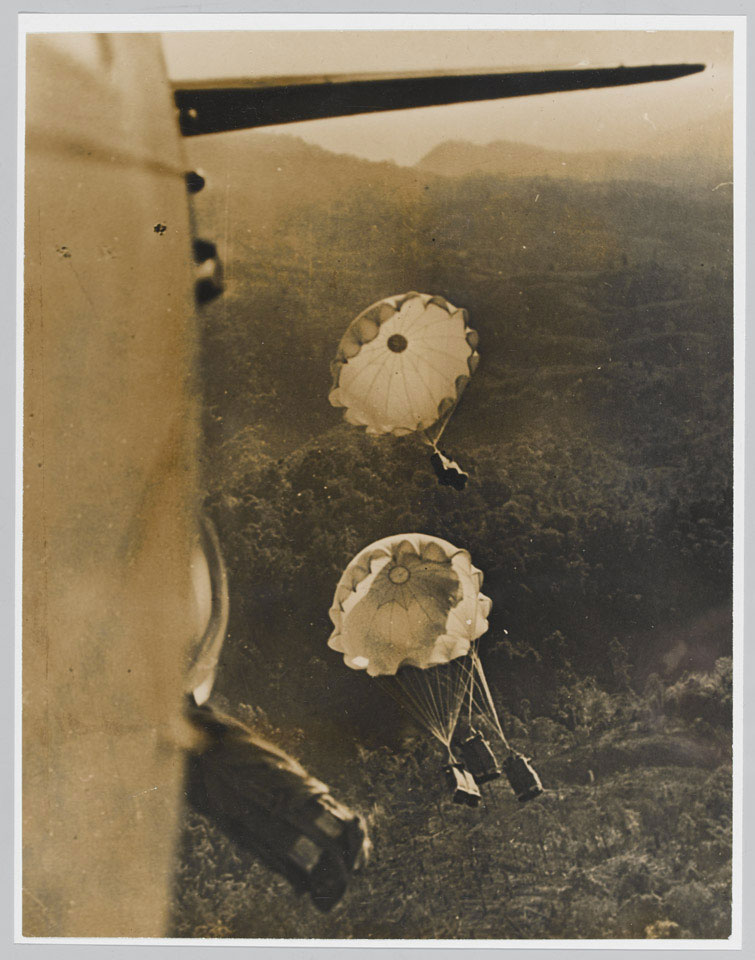 RAF airdrop to Chindits in Burma, 1943

Brigadier Orde Charles Wingate, DSO, commanded the Jungle Penetration Force in Burma (better known as the Chindits). One of Wingate's raiding columns had penetrated to a depth of 170 miles behind the Japanese Lines in Northern Burma. During this operation an Royal Air Force (RAF) Transport Squadron office at an Assam Airfield received a radio signal stating that 17 members of this column were sick or wounded. The column was short of food, ammunition and other supplies.

Two aircraft set off to the rescue on Easter Sunday 1943. The column was located and supplies dropped by parachute. The first attempt to land was unsuccessful. The jungle column had to set to work to lay out a landing strip. A few days later a signal came back that the landing strip had been completed. One of the transports set off again. It landed successfully and brought the sick and wounded men back to safety. On both trips a photographer flew with one of the transport planes.