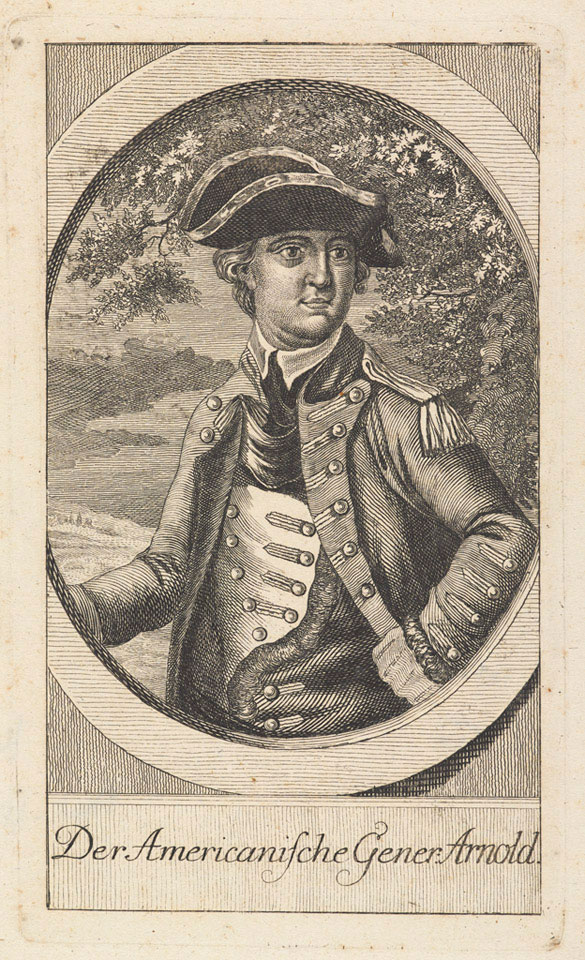 General Benedict Arnold was a major figure in the American War of Independence (1775-1783). He initially fought for the Patriots, taking part in their invasion of British possessions in Canada and going on to be wounded at Saratoga in 1777. He later switched sides, and after his plan to surrender West Point to the British was foiled in 1780, he fled and later became a brigadier general in the British Army.