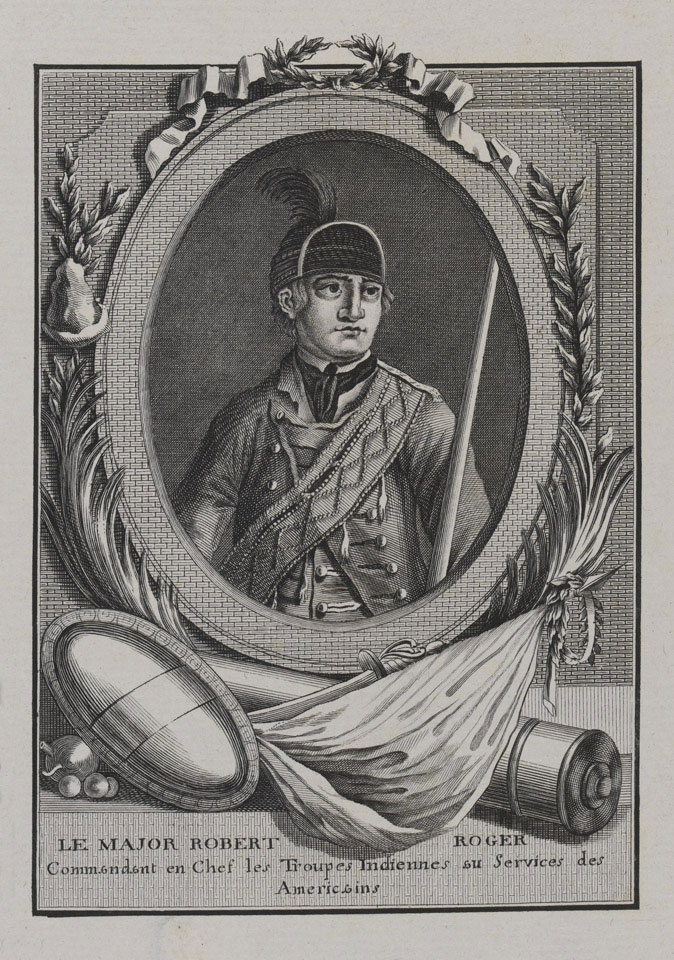 Major Robert Rogers (1731-1795) was an English-American colonial frontiersman and soldier who raised and commanded Rogers' Rangers during the French and Indian wars, operating primarily in the Lake George and Lake Champlain regions of New York. A highly mobile light infantry force, the Rangers undertook many raiding and reconnaissance operations along the frontiers of French Canada. They were one of the few non-Indian forces able to operate in the inhospitable forests and mountains of North America.

Later on, during the American War of Independence (1775-1783), Rogers was initially offered a commission by the Continental Congress, but declined on the grounds that he was a British officer. He later changed his mind and wrote to George Washington asking for a command, but instead Washington had him arrested as a possible spy. He was eventually released and later offered his services to the British. In August 1776 he established the Queen's Rangers, but was forced to retire the following year on health grounds due to his chronic alcoholism.

Rogers also wrote a remarkable guide for leading 'Ranging' operations entitled 'Robert Rogers' 28 Rules of Ranging'. Both the Queen's York Rangers of the Canadian Army and the US Army Rangers claim Rogers as their founder, and today his words are still quoted on the last page of the latter unit's handbook.