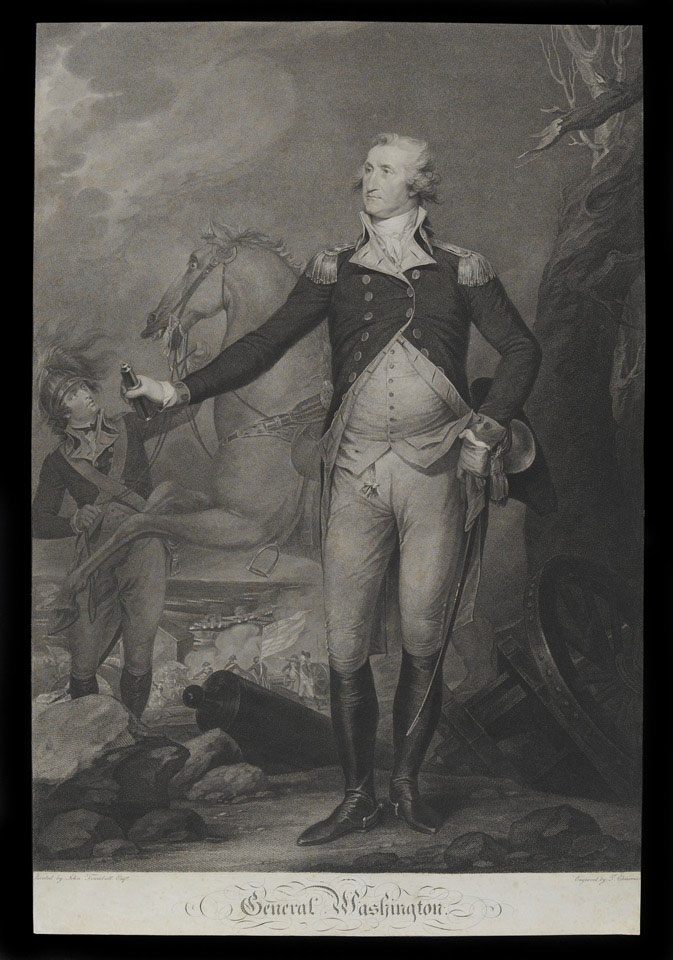 Washington (1732-1799) was a wealthy landowner from the colony of Virginia. He served in the colonial militia during the Seven Years' War (1756-1763) and later tried unsuccessfully to obtain a regular commission in the British Army. From 1758 onwards he served in Virginia's House of Burgesses (the colony's legislative body).

With his military and political experience, and his known opposition to British policies in America, Washington was an obvious choice to command the Continental Army during the American War of Independence (1775-1783). Although not a natural battlefield commander, his experience enabled Washington to hold his army together long enough to force the British government to abandon the war.

Washington was widely admired in Britain, where newspapers regularly praised his personal qualities. In 1789 he was elected the first President of the United States of America.