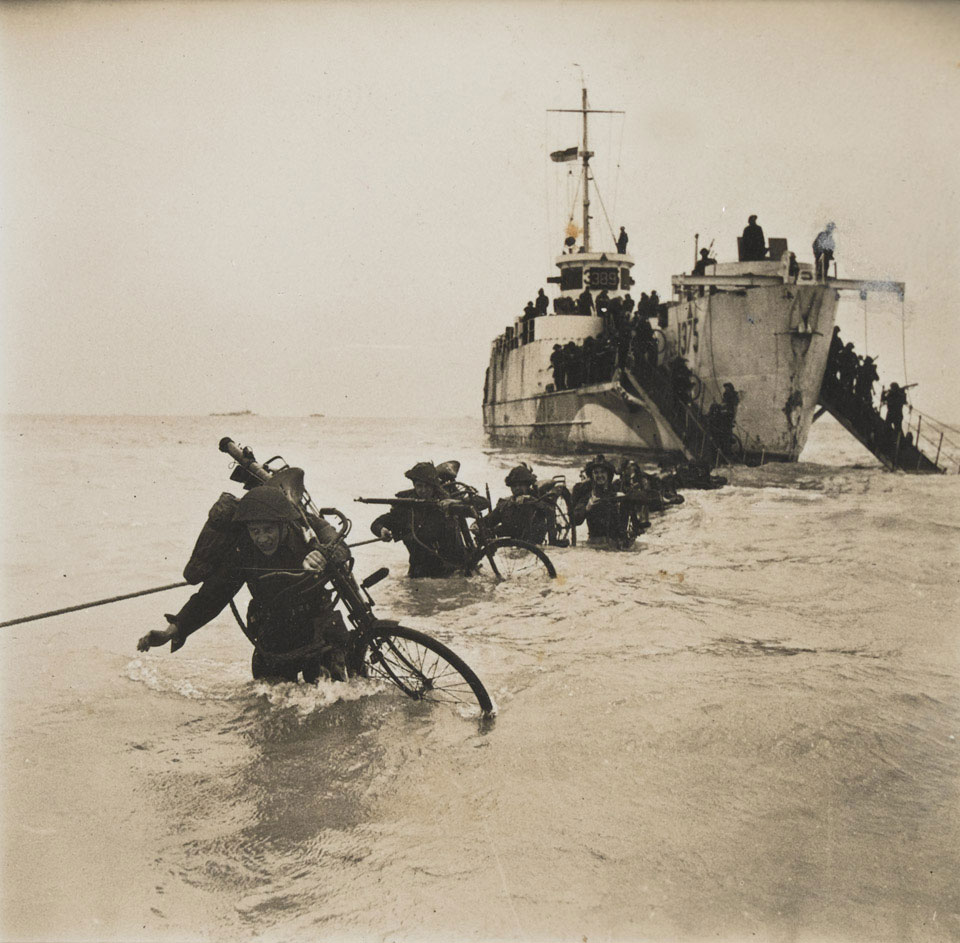 'Britain's Army trains for the Liberation of Europe', 1944

Various landing craft were used to transport vehicles, equipment, supplies and soldiers to the D-Day landing beaches. In this image commandos wade ashore from a troop landing craft during a pre-invasion exercise.

One of 33 British Official photographs relating to the liberation of North West Europe.