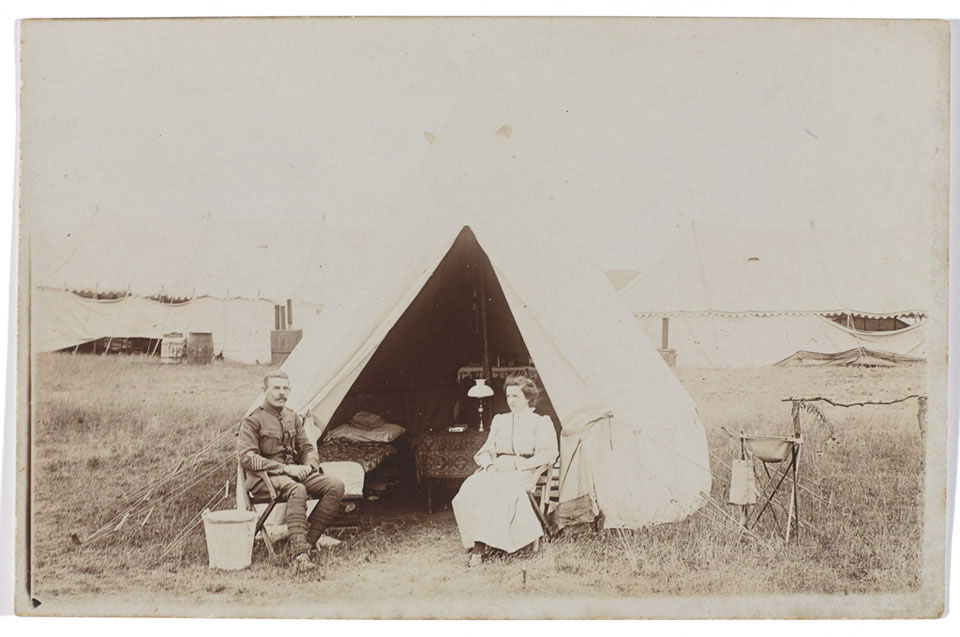 Regimental Sergeant Arthur Harrington with his wife outside a tent at a London Rifle Brigade territorial camp, 1913 (c)