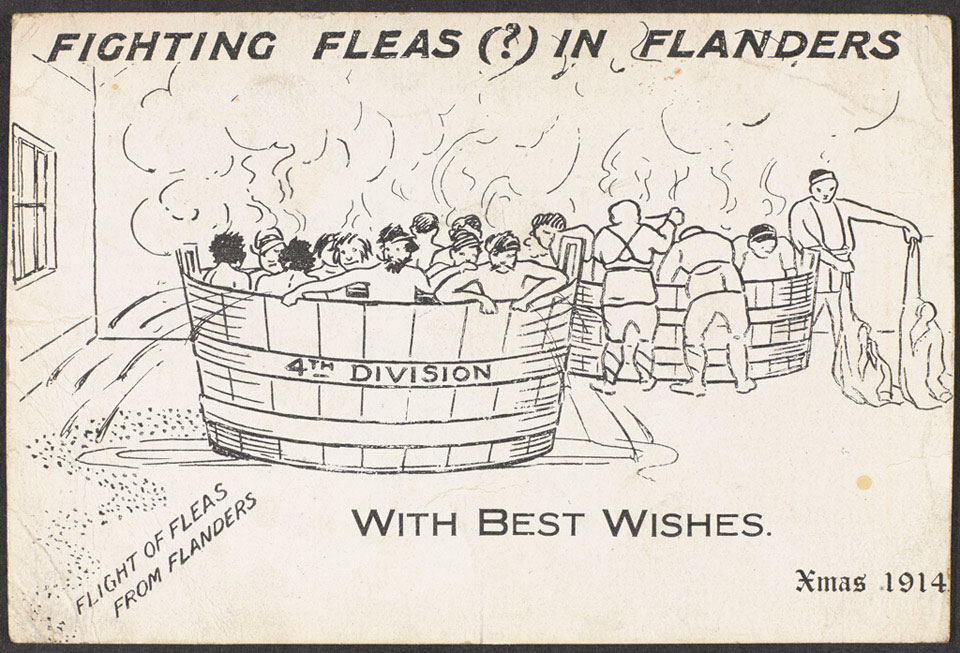 Despite the humour of this Christmas card, infestation with vermin was a serious problem for soldiers during World War One (1914-1918). Washing facilities were very limited in the trenches and sanitation was basic. With so many men living in cramped and unhygienic conditions, parasites like fleas and lice thrived. As well as causing itching, the latter also spread trench fever. From 1915 to 1918 between one-fifth and one-third of all British troops reported ill had the disease.