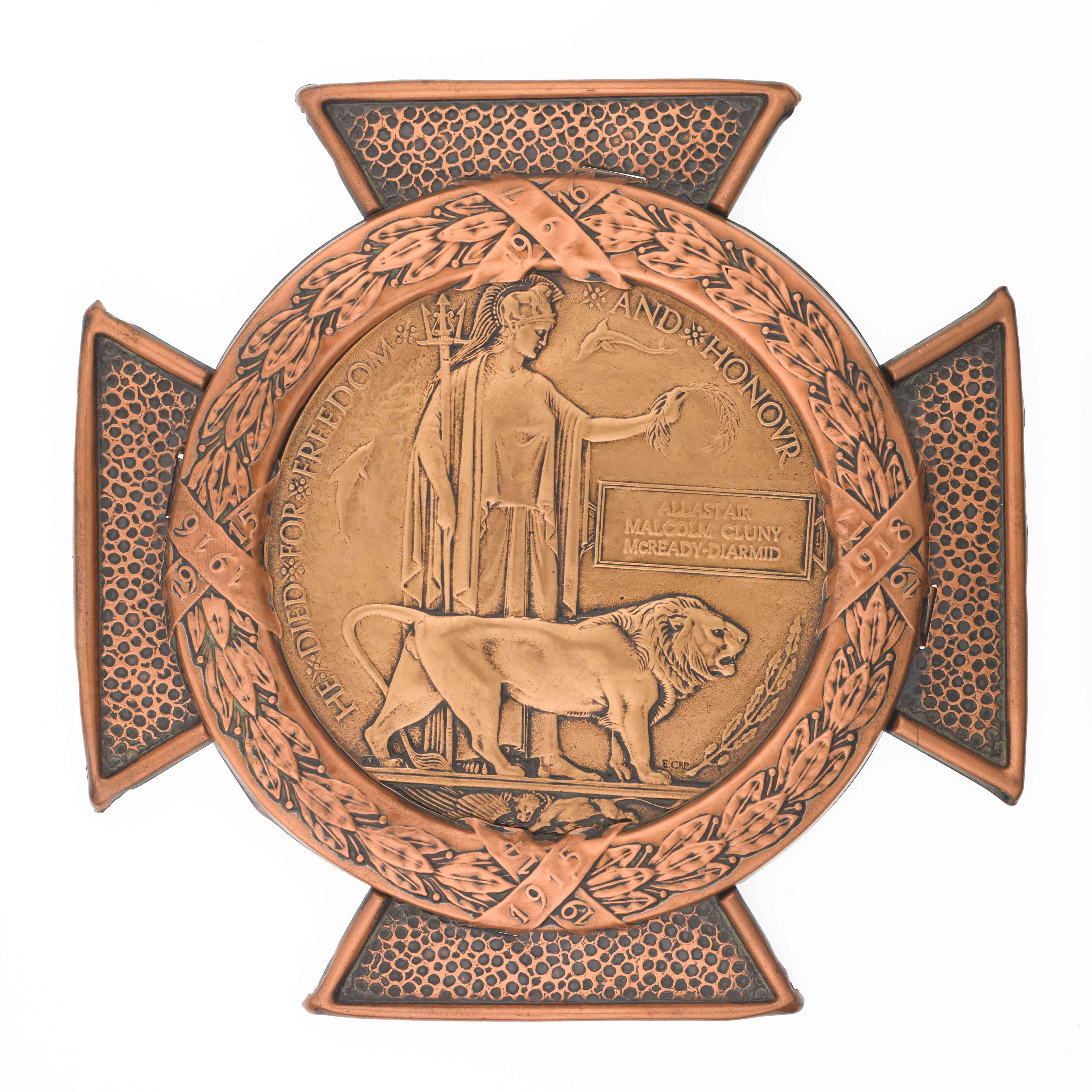 Commemorative Medallion awarded to the next of kin of Captain Allastair McReady-Diarmid, 17th (Service) Battalion, The Duke of Cambridge's Own (Middlesex Regiment)

Bronze medallions were presented to the relatives of the 1.3 million Commonwealth service personnel killed during the First World War (1914-1918). Commonly known as the 'Dead Man's Penny', the medallion was designed by Edward Carter Preston who was commissioned after winning a War Office competition.

McReady-Diarmid was also awarded a posthumous Victoria Cross for his actions at Moeuvres during the Battle of Cambrai between 30 November and 1 December 1917.