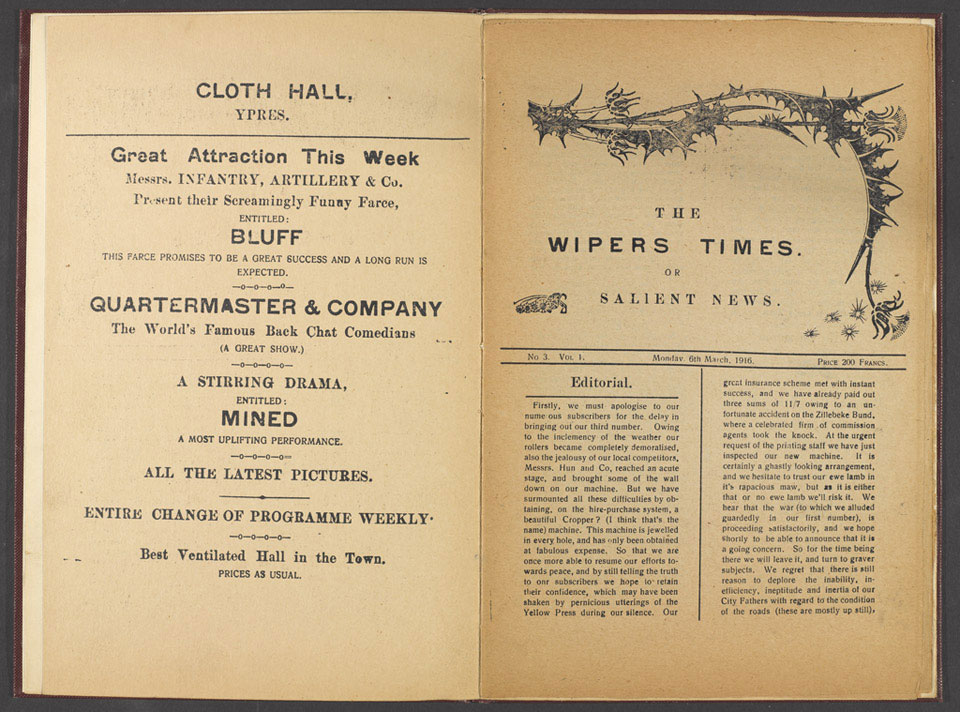 'The Wipers Times' was a First World War (1914-1918) satirical trench publication. It was established in February 1916 by Captain Fred Roberts and Lieutenant Jack Pearson of 12th Battalion, The Sherwood Foresters (Nottinghamshire and Derbyshire Regiment).