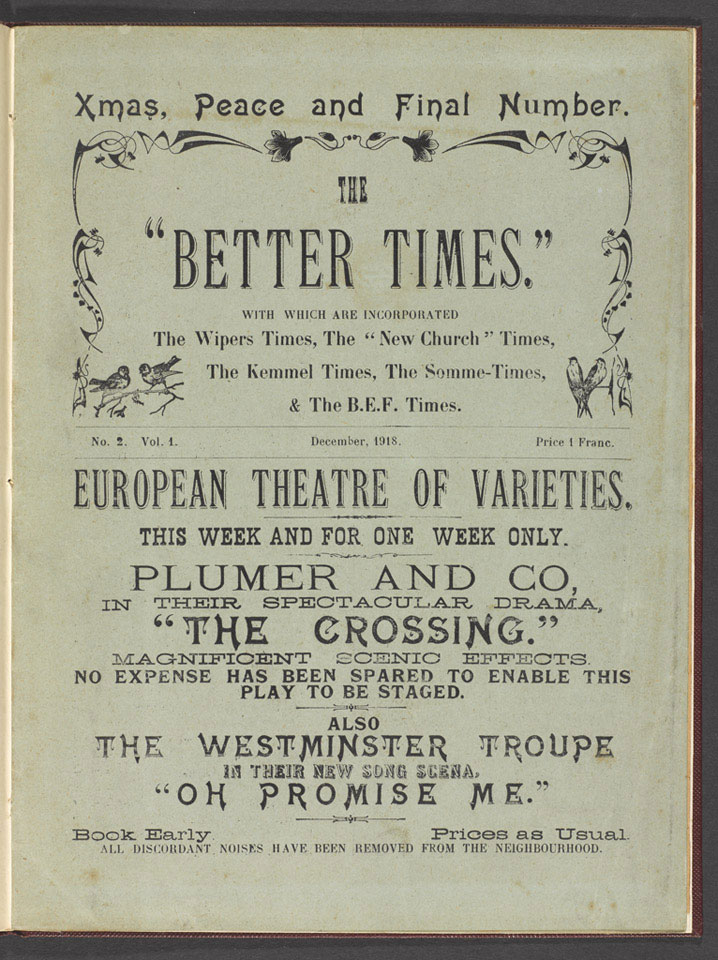 'The "Better Times"' was the final issue of the First World War (1914-1918) satirical trench publication better known as 'The Wipers Times'. The latter had been established in February 1916 by Captain Fred Roberts and Lieutenant Jack Pearson of 12th Battalion, The Sherwood Foresters (Nottinghamshire and Derbyshire Regiment).