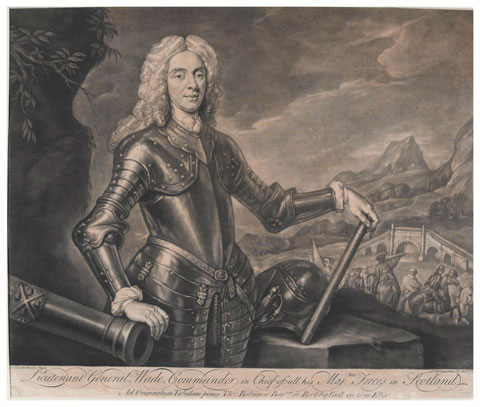 Lieutenant General George Wade, Commander in Chief of all his Majesties Forces in Scotland, 1736

Mezzotint by A Vanhaeken after J Vanderbank, published 1736.

In the 1740s he served in Flanders during the War of the Austrian Succession (1740-1748). During the 2nd Jacobite Revolt (1745-1746), Wade initially commanded the British Army troops, but having been wrong-footed by the Jacobites' advance into England he was replaced as commander-in-chief by the Duke of Cumberland.