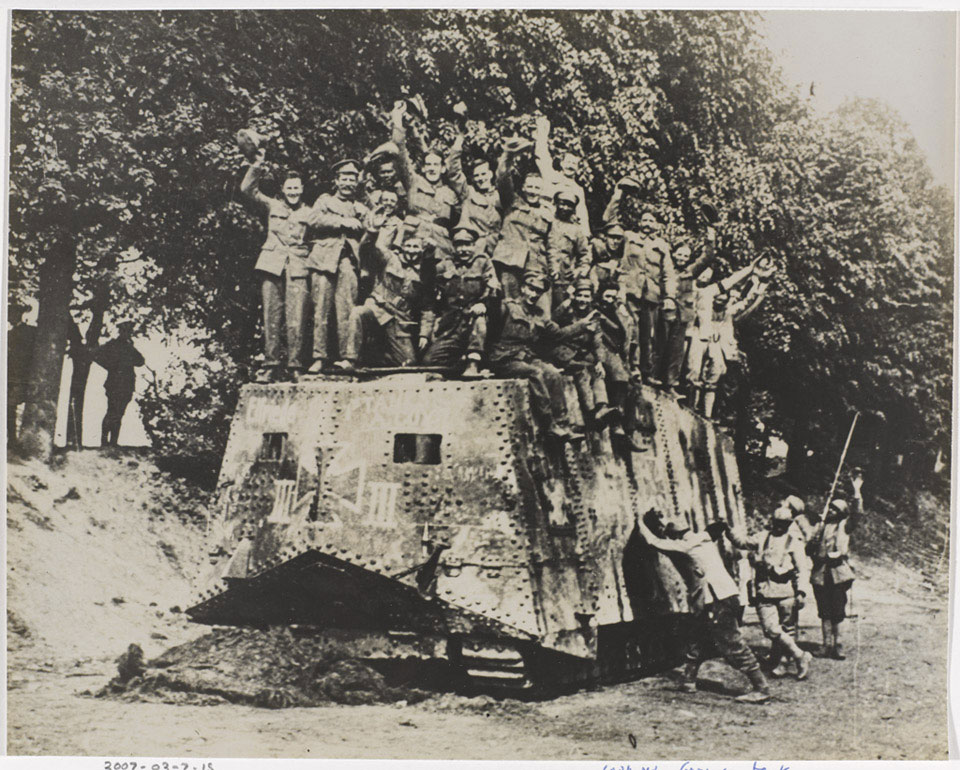 British and Allied soldiers on the roof of a captured A7V tank, 1918

The German A7V entered service on the Western Front in March 1918. Although over 100 were ordered only 20 were actually delivered on time. Weighing 33 tons and over seven metres in length, the tank was armed with six 7.92 mm MG08 machine guns and a 5.7 cm Maxim-Nordenfelt cannon mounted at the front. Its armour was poor however, and it also had difficulties in overcoming obstacles. It required a crew of 18 men.