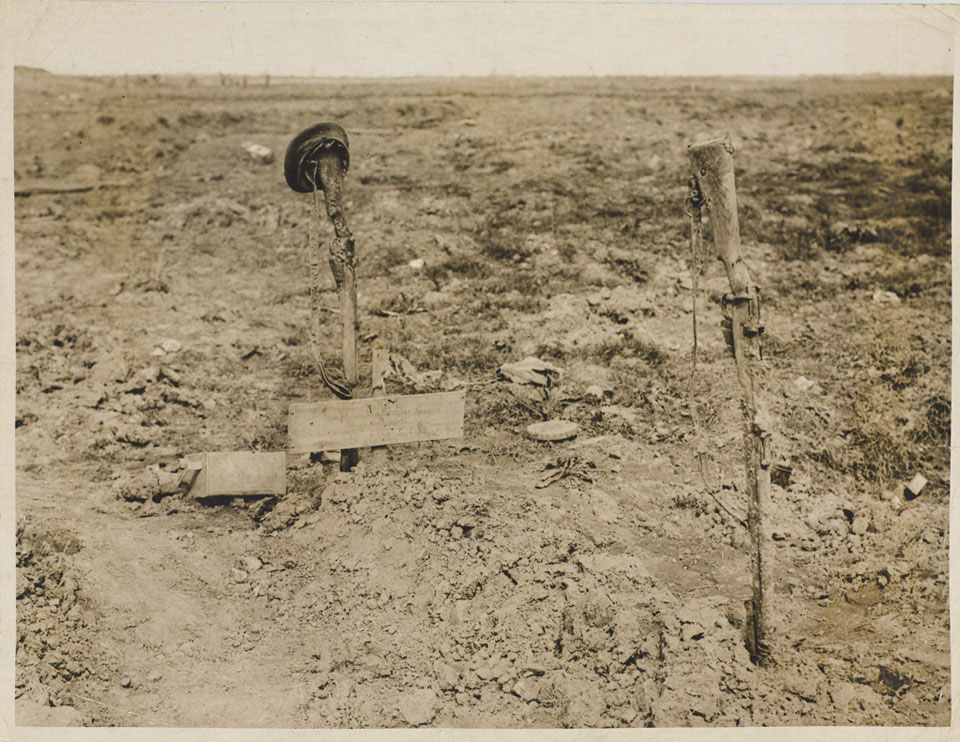 Grave of an unknown British soldier near Ginchy, 1916

German-held Ginchy was attacked by the 16th (Irish) Division on 9 September 1916 during the Battle of the Somme. Although the preliminary bombardment made little impact on the defences, the attacking battalions succeeded in capturing the village despite sustaining heavy losses to machine-gun fire. The grave marker commemorated a corporal from 6th Battalion, The Connaught Rangers, who fell in action during the Battle of Ginchy.