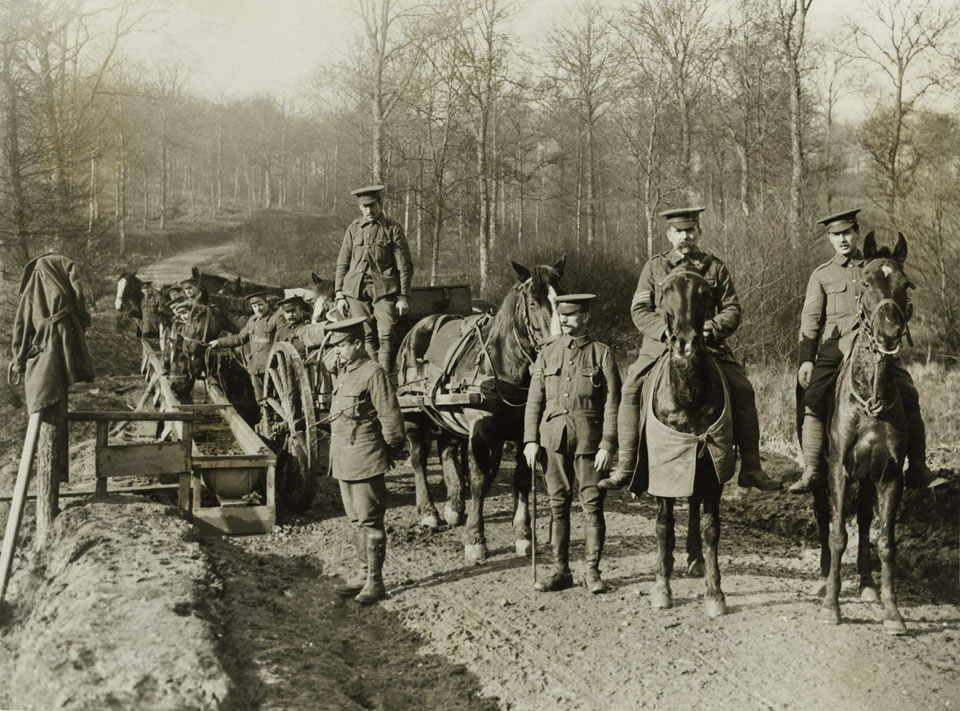 Scene at a British water-supply post on the Continent, 1916 (c)

The British and Imperial forces on the Western Front required a vast amount of ammunition, food and equipment. By November 1918 they needed a monthly issue of 67 million pounds (lbs) of meat, 90 million pounds of bread, 32 million pounds of forage and 13 million pounds of petrol. The Army Service Corps, assisted by thousands of Chinese, African and Arab labourers, was responsible for moving this material from the Channel ports where it was collected in base depots. From there it was moved by train to a regulating station from where it was entrained to either a railhead or advanced supply depot. At this point supplies would be moved by horse or motor transport to the quartermaster staff of front line units.