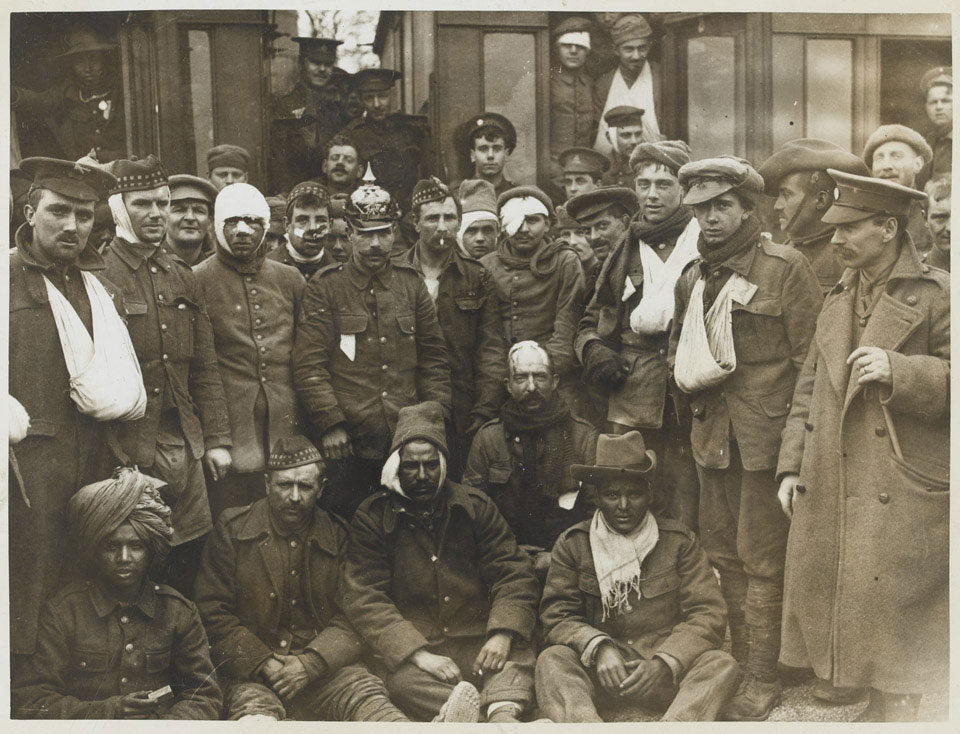 British and Indian wounded at Neuve Chapelle, on the way to the hospital base, 1915

On 10 March 1915, following a preliminary bombardment, the British attempted to capture Neuve Chapelle, located midway between Bethune and Lille. As happened elsewhere on the Western Front, the bombardment was largely ineffective, leaving intact much of the barbed-wire entanglement in front of the German positions. As a result, the Allies sustained very heavy casualties in the attack, particularly in The Duke of Cambridge's Own (Middlesex Regiment) and The Cameronians (Scottish Rifles) of the British IV Corps. The Meerut Division of the Indian Corps played a major role, and despite German counter-attacks, succeeded in capturing the town. Unfortunately, there were delays in sending further orders and reinforcements forward. At midnight on 12 March General Sir Douglas Haig halted the offensive. The Allies had gained a small area of land at a cost of over 12,000 casualties.