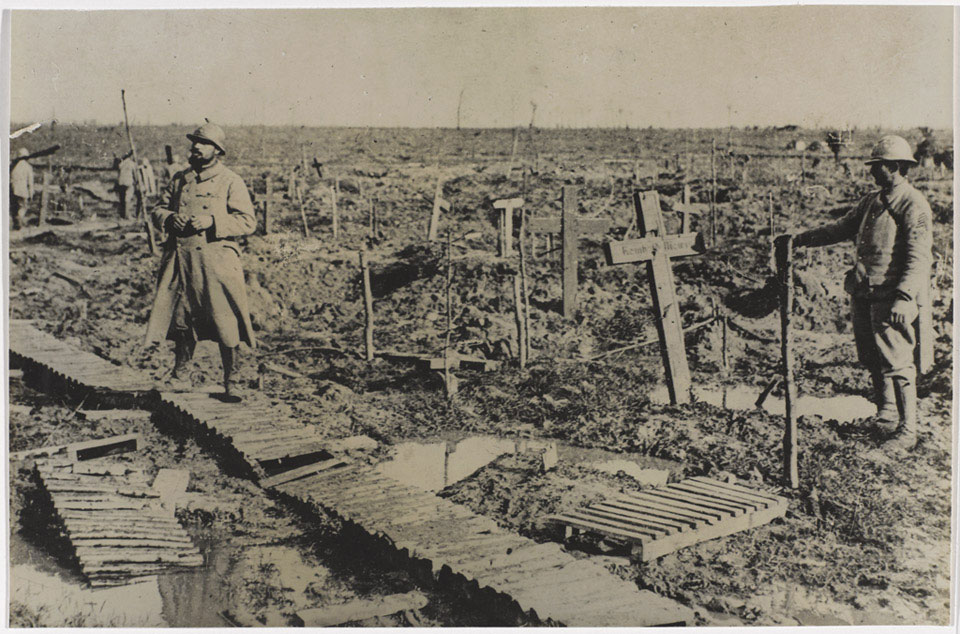 The Third Battle of Ypres (or Passchendaele) was launched on 31 July 1917. Foul weather and strong German resistance saw the offensive grind to a halt in a shell-churned and water-logged wasteland. Bombardier William Weyman of the Royal Field Artillery described the conditions in his diary:

'We found it very difficult to reach the position we had. It was almost impossible to walk with any degree of safety. It was just a question of keeping to the lips of the shell holes. These, in most cases, had merged into wide extended holes already filling with water. Ahead, as far as I could see, conditions were the same, some of these water-filled depressions resembled small lakes, the result of clusters of shells falling in a limited area. The conditions finally brought us to a halt. There was no way vehicle or packhorse traffic could move. These conditions prevented sufficient supplies being brought forward quickly enough. Movement on any scale was too hazardous. Guns could not be brought to this location. The conditions provided the Germans with near perfect defensive cover. The land drainage system of the surrounding country had been destroyed' (NAM. 2007-11-48).