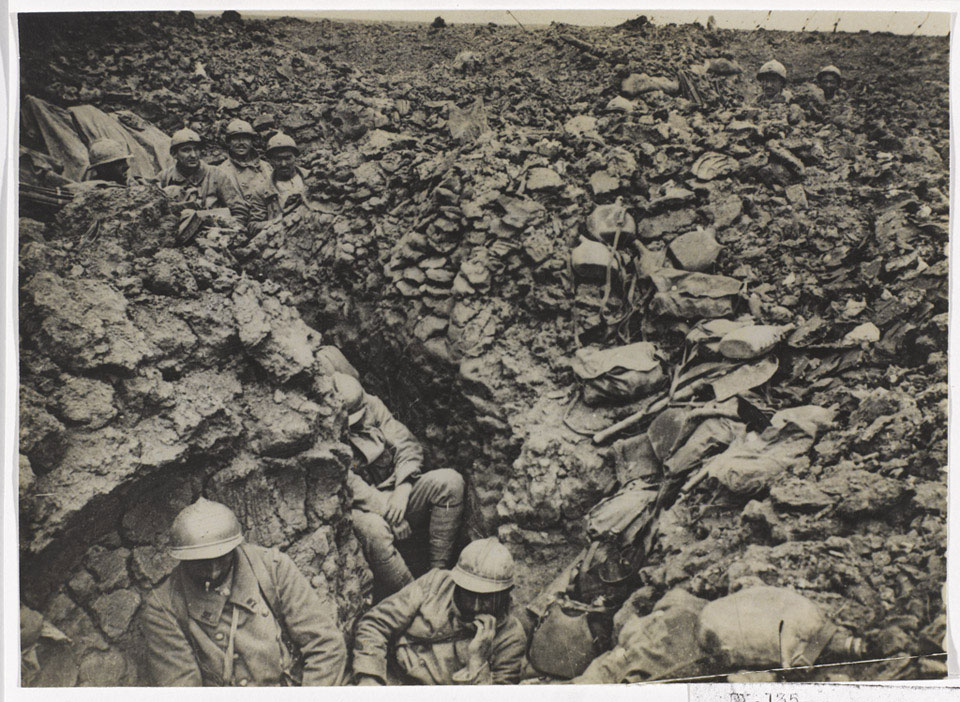 'Trenches where men are barely distinguished from mother earth', 1916

French soldiers of the 87th Regiment shelter in their trenches at Côte (Hill) 304 at Verdun. This sector of the front, on the west bank of the Meuse, was devastated by millions of shells. When it was surveyed after the war, the top of 304 had been reduced from 304 to 300 meters in height. Originally attacked on 20 March 1916, the Germans did not take the hill's summit until 29 June. Two months later the French reclaimed it.