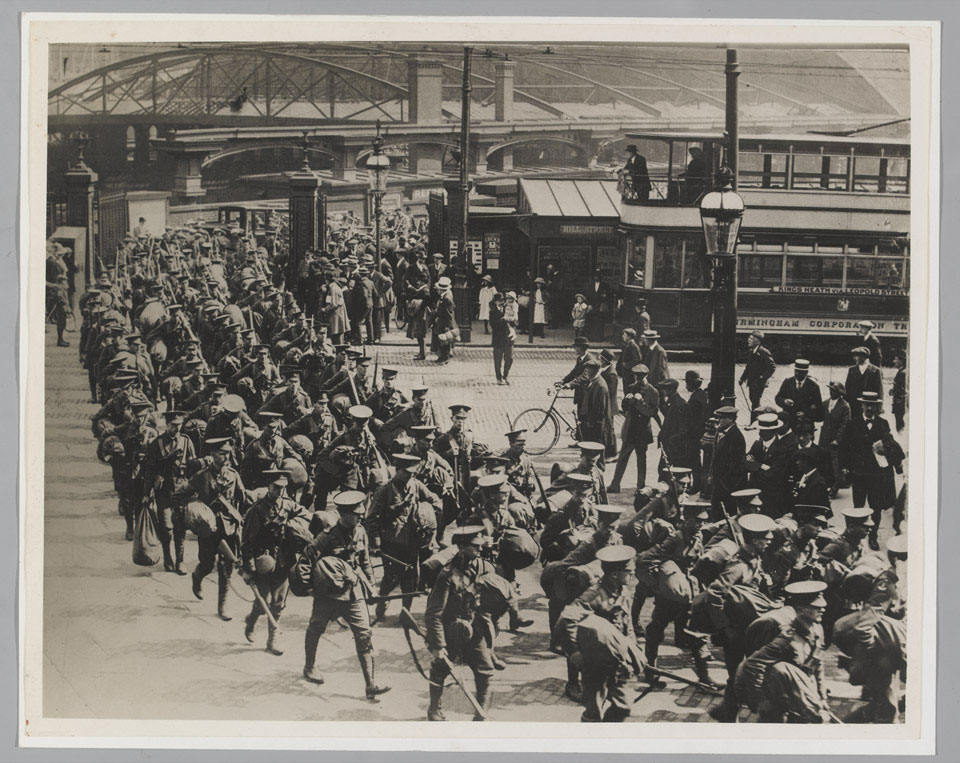 Throughout July 1914 the British Army prepared for mobilisation as the crisis caused by the assassination of Arch-Duke Franz Ferdinand of Austria-Hungary and Europe's intricate alliance system deepened. Leave was cancelled, Reservists were called up and units placed on alert. The soldiers in this photograph wear bandolier equipment and carry obsolete rifles, so are probably Yeomanry or Territorials. Territorials were not obliged to serve overseas, but when asked in August 1914, the vast majority agreed to do so.